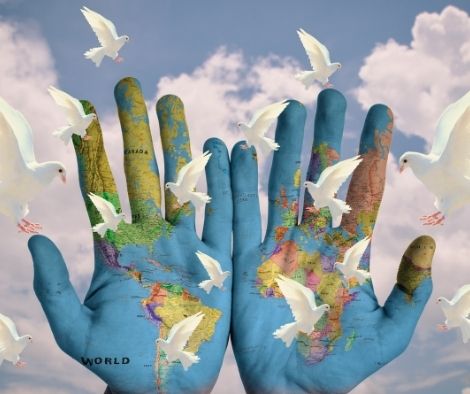 According to Secretary Carlito Galvez Jr., the Presidential Adviser on Peace, Reconciliation, and Unity, the pursuit of a comprehensive peace process in the Philippines has been accelerated under the Duterte government.

Galvez reiterated President Rodrigo Duterte’s promise to the country in 2016 to put in place the frameworks of all signed peace accords, which should result from constitutional and legal changes.

He said that the government’s six-point peace and development plan, which was successfully executed during the Duterte administration, was essential in the country’s quest for peace.

“As the first Mindanaon President, he had a very profound knowledge of the Bangsamoro Peace Process and understood what he had to do to maintain the benefits of peace,” Galvez said at the Security, Peace, and Justice Cluster’s pre-State of the Nation Address (SONA) Forum.

“During this administration, the political and normalization tracks of the Comprehensive Agreement on the Bangsamoro made significant progress.”

A new independent area has been established.

The BOL, which paves the way for the establishment of new autonomous territory in Muslim Mindanao, “embodies the hopes and aspirations not just of the Moro people but of the whole Filipino country,” according to Galvez.

Following the transformation of war camps into more robust and progressive settlements, these former fighters are now living as “peace and industrious” citizens, he said.

The establishment of the Inter-Cabinet Cluster Mechanism on Normalization has also resulted in the coordination of efforts across national line agencies, he added.

“We also showed our seriousness in carrying out our obligations under the 1996 final peace deal with the Moro National Liberation Fronts,” he said.

He said that the government has set up two coordinating peace committees to work with the two MNLF faction leaders, Nur Misuari and Muslimin Sema, to reinforce the GHP-MNLP peace accord.

The MNLF, according to Galvez, has also become an important component of the Bangsamoro Transition Authority (BTA), with ten members representing the organization.

The transition program is currently being developed in response to the concerns of former fighters and their families.

“It is anticipated that the program would begin this year in Sulu,” he said.

Efforts of the government against communist insurgents

Galvez, who is also a Cabinet Officer for Regional Development and Security (CORDS) in Central Luzon, says the National Task Force to End Local Communist Armed Conflict has created a “safe zone” for constructive interaction inside areas penetrated by communist terrorist organizations (CTGs).

He said that the administration has pushed for localized peace talks to persuade communist insurgents to return to the folds of the law.

These peace talks, according to Galvez, have cleared the path for people to return to normal living circumstances, free from the CTGs’ brutality and crimes.

According to Galvez, one of the stated advantages of the establishment of the NTF-ELCAC is the destruction of the Kilusang Guerilla-Sierra Madre of the New People’s Army (NPA), the military branch of the Communist Party of the Philippines (CPP).

The United States, European Union, United Kingdom, Australia, Canada, New Zealand, and the Philippines have all designated the CPP-NPA as a terrorist organization.

He claimed that the signature of the clarificatory implementing document (CID) as part of the closure agreement has accelerated the transition of the 727 Kapatiran members, who were also decommissioned on Sept. 19, 2019.

A total of 724 people have received livelihood settlement awards of PHP50,000 apiece.

While 266 of them participated in the Community Defense Program (CDU), a 45-day peacekeeping program in preparation for deployment to their respective communities in the Negros and Panay Islands.

CBA-CPLA has reached a settlement deal.

According to Galvez, the government has also ensured that the Cordillera Bodong Administration-Cordillera People’s Liberation Army (CBA-CPLA) Closure Agreement would continue to be implemented.

The government recovered 444 guns, with 353 of them being handed over to the Cordillera Police Regional Office.

According to Galvez, 508 former CBA-CPLA members and their relatives have been hired as forest guards in the Cordillera Region.

He said that the administration is committed to advancing the peace process in every way possible and that it is ready to assist former rebels in improving their living circumstances by guaranteeing them more advanced and developed neighborhoods.

Efforts at social healing and peacebuilding

The government has pushed for social healing and peace-building initiatives in war-torn areas in addition to executing peace accords.

The initiative fosters social cohesion, mutual understanding, and reconciliation throughout the nation, providing viable venues for women, youth, and other vulnerable groups to participate and participate.

Following the siege in Marawi City in 2017, Galvez stated the measures are now being used there.

From 2017 to 2021, the current government continues to execute the PAyapa at MAsaganang PamayaNAn (PAMANA) initiative, which included over 4,000 developmental and socio-economic interventions totaling PHP18 billion in conflict-affected areas throughout the country.

According to him, the initiative promotes the development of peaceful, progressive, and conflict-resistant communities.

“This is the outcome of our joint efforts and ongoing resolve to collaborate in the pursuit of a fair and enduring peace and sustainable development,” he added.