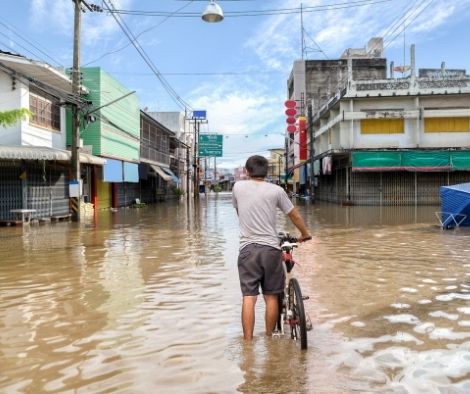 Nograles said Duterte has always hated lengthy lines, therefore the President’s directive to local governments to find methods to make the immunization procedure easier for scheduled beneficiaries did not surprise him.

LGUs, according to Nograles, may explore scheduling vaccines by appointment and temporarily banning walk-ins.

When it comes to maintaining an orderly vaccination campaign during the rainy season, he added, local authorities would still have the ultimate decision.

Duterte voiced worry about lengthy lineups at vaccination sites and the danger of leptospirosis at a meeting with Cabinet members on Saturday night.

After that, Duterte asked DILG Secretary Eduardo Ao to issue an order encouraging local government officials to be more “proactive” in assuring a smoother immunization campaign, particularly during floods.

“Can I ask the Secretary of Local Government to just urge them —- maybe a directive enjoining them to be more cautious and not to —- particularly now that the southwest monsoon is moving across the nation and na hindi ganito ang ano (that’s not like this)? He went on to say, “Things’s not the way —- how to do it.”

The number of leptospirosis cases in the nation rose by 13% in the first half of 2021, with a total of 589 cases, according to data from the Department of Health (DOH).

In the same time period last year, just 520 instances of leptospirosis were recorded.

According to the World Health Organization, leptospirosis is an infectious illness caused by harmful bacteria called leptospires that are transferred directly or indirectly from animals to people (WHO).

The illness, which is most prevalent in high-rainfall tropical and subtropical regions, is spread mostly via human contact with sick animals’ urine or a pee-polluted environment.