Duterte stated in his most recent State-of-the-Nation Address (SONA) that his government has created an alternative financing program for small companies to avoid borrowing money and capital from loan sharks, such as the “5-6” lending plan.

Micro, small, and medium companies (MSMEs) account for 99.6% of all businesses in the nation, according to him, and are “critical to economic activity, job creation, and poverty alleviation.”

Duterte instructed the government to create an inexpensive microfinancing program for MSMEs, thus the DTI introduced the P3 program in January 2017.

The DTI has also collaborated with 443 conduits to implement the initiative throughout the country.

The original funding for P3 came from the White House and was channeled via DTI’s lending arm, Small Business (SB) Corp.

The DTI began allocating PHP1 billion each year for the P3 program in 2018.

Under contrast to the 20% interest rate in the ‘5-6′ loan scheme, the P3 microfinance program charged just 2% to 2.5 percent interest.

In the midst of the coronavirus illness 2019 (Covid-19) pandemic, the P3 program expanded to include the Covid-19 Assistance to Restart Enterprises (CARES) initiative, which provides a zero-interest loan to MSMEs impacted by the global health and economic crisis.

The MSME financing program was given PHP10 billion under the Bayanihan to Recover as One (Bayanihan 2) initiative.

SB Corp, on the other hand, received just PHP8 billion from the Department of Budget and Management.

Existing MSMEs will get PHP4 billion from the published budget, while tourist businesses will receive PHP4 billion.

Under the CARES program alone, 30,345 MSMEs received PHP4.57 billion in loans as of July 6, according to DTI Secretary Ramon Lopez.

The lending scheme is still being rolled out by the SB Corporation. 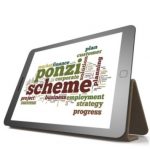