The P67.3-B funds that were identified by the COA are largely ‘resolved,’ according to the Department of Health. 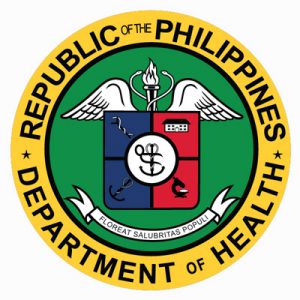 The P67.3-B funds that were identified by the COA are largely ‘resolved,’ according to the Department of Health.

The Department of Health (DOH) said on Monday that the Commission on Audit’s (COA) PHP67.3 billion “deficiencies” had been largely addressed by DOH and its operational divisions.

“Because the COA 2020 Consolidated Annual Audit Report includes audit findings until December 31, 2020, the majority of these issues have already been resolved or are in the process of being handled. The DOH Central Office (CO) has worked closely with all of its operating units, which include 65 DOH hospitals, 16 Centers for Health Development, and 12 Treatment and Rehabilitation Centers, as well as two bureaus (the Food and Drug Administration and the Bureau of Quarantine) and one laboratory facility, to update the public on the status and actions taken in response to their respective COA findings,” according to the report.

Concerning the reported unobligated allotment of PHP11.8 billion in 2020, it stated that the majority of these funds remained available for use in 2021 — PHP5.1 billion of this amount is part of the Continuing Appropriation of Bayanihan Act 2, of which 83 percent, or PHP4.2 billion, has been used as of June 30, 2021.

It was asked for a Special Allotment Release Order (SARO) in FY 2021 to pursue the unmet goal of PHP3.4 billion under Foreign Assisted Projects (FAPs), it said.

“The inadequacies identified in relation to PHP1.4 billion in-kind contributions for which hospitals failed to submit summary reports or donor lists have already been rectified. The COA has received the necessary lists and reports from the relevant offices and facilities, according to the DOH.

The conclusions of the COA on illegal food allowance grants have also been resolved, according to the statement.

“The Department of Health requested permission from the President’s Office to offer meal benefits in other ways than packaged lunches. The provision in cash equivalents was subsequently authorized by OP in a Memorandum dated June 1, 2021,” it added.

The DOH stated that the PHP4.8 million in unpaid financial assistance to healthcare workers was already paid by concerned regional offices after the COA noted that claims for compensation benefits had not been paid at the end of the year due to a variety of valid reasons, including the lack of required documents.

“However, the Regional Offices paid this right away once the missing paperwork was completed. The Department also reaffirmed all implementing units’ commitment to current processes,” according to the DOH.

The Department of Health also said that discoveries regarding money transfers, procurement flaws, and unused medical equipment and supplies had been partly addressed.

The PHP42.4 billion cash transfers were mainly to the Department of Budget and Management’s (DBM) Purchase Service (PS) and the Philippine International Trading Corp (PITC) for the procurement of Covid-19 supplies, according to the statement.

The money were released without a Memorandum of Agreement (MOA) and despite delays in the delivery of the purchased medical equipment, according to the COA.

Because the goods purchased – PPE (personal protective equipment) gears, testing kits, and other equipment needed for the Covid-19 response — have been categorized as common-use commodities owing to the pandemic, the DOH stated that no MOA is required for the transaction.

The Department of Health needed to ensure continuous provision of critical supplies, and had to make new purchases while awaiting deliveries of previous purchases in order to ensure supplies and equipment for the Covid-19 response, while the COA flagged that the DOH needed to wait for the liquidation of all pending procurements before transferring funds to the procurement agencies, the DOH said.

The Department of Health further said that delivery delays have been managed with procurement agencies to ensure that critical goods are supplied as soon as possible.

The Procurement Service of the DOH Central Office has rectified PHP2.5 billion of the PHP5.1 billion procedural and documentation errors identified, while the remaining PHP2.5 billion is being handled by operational units in accordance with the COA recommendations.

COA also discovered PHP74 million worth of unused medical supplies and equipment. Equipment meant for Covid-19 but utilized in non-Covid wards, as well as delayed delivery leading in delayed use of purchased goods, are among the findings.

According to DOH hospital reports, the majority of the identified “unused” medical equipment and supplies have been used to date. Furthermore, the delivery of the equipment has already been finished.

The remaining items in the COA report are being addressed by concerned offices and operating units, including cash advances and petty cash funds, incomplete supporting documents related to death and sickness compensation, grant of various Covid-19 allowances, and management of Interim Reimbursement Mechanism funds, it said.

As new information becomes available, the Department will publish updates to the COA and the general public.

“Because these conclusions aren’t final, we’ve been given a 60-day window to react and offer updates on COA’s suggestions. But, as Secretary Francisco T. Duque III said, “we will submit even before the deadline.”

The DOH said that it would continue to work with the COA to enhance its procedures in order to better serve Filipinos.

“In addition, the Department, in collaboration with its operational units, is aggressively resolving the remaining COA findings to guarantee that the Filipino people’s taxes and money given to the Department of Health are used efficiently,” it said.