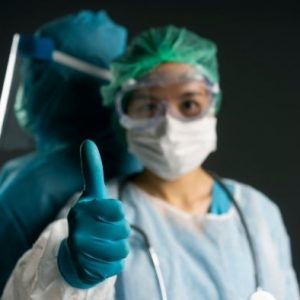 Since the epidemic began last year, the national government has prioritized Covid-19 testing, according to Malacanang.

“All I can say is that since the epidemic began, we have given testing first priority since it is our primary weapon, and we need to know who should be isolated,” Roque said at a Palace news conference.

According to Roque, the government has already raised the number of daily Covid-19 tests above 55,000, especially in high-risk regions.

“Hindi po natin pinababayaan iyan (We are not ignoring our testing efforts),” he said. “We have always understood that testing is very important in the battle against Covid-19.”

Vince Dizon, Deputy Chief Implementer and Testing Czar for the National Task Force Against Covid-19, had said that the nation had averaged 56,000 tests each day in the previous week.

Meanwhile, Roque expressed confidence that the government would be able to completely vaccinate half of Metro Manila’s target population before the conclusion of the ECQ on August 20.

“Basta patuloy lang po tayo, eh makakamit po natin iyon pong ating ninanais na maubos iyong 4 million [Covid-19 dosages] na ibibigay sa Metro Manila bago po magtapos ang ating ECQ,” she said (As long as we keep going, we will achieve our goal of using up the 4 million doses given to Metro Manila before the ECQ). As a result, we’re on our approach to vaccinating at least half of Metro Manila’s population,” he added.

In response to the increasing instances of Covid-19 throughout the country, Secretary of the Presidential Communications Operations Office (PCOO) Martin Andanar encouraged the public to continue to follow basic public health standards.

“To guarantee that we limit the transmission of the illness, we urge the public to continue to follow basic health procedures such as wearing a face mask and shield, safe physical separation, good cleanliness, and abstaining from leaving your homes unless absolutely necessary,” Andanar added.

He also urged the people to be vaccinated against the Covid-19 virus by working with their local government entities (LGUs).

Andanar also advised the people to keep an eye on state-run media programs such as the Laging Handa public briefing, Network Briefing News, and Laging Handa Dokyu, as well as its social media sites, to remain informed on “truthful” and “reliable” news.

To avoid the spread of the highly transmissible Delta strain, Metro Manila is under the tightest ECQ until August 20.

Metro Manila, which is made up of 16 cities, has a population of about 13 million people.