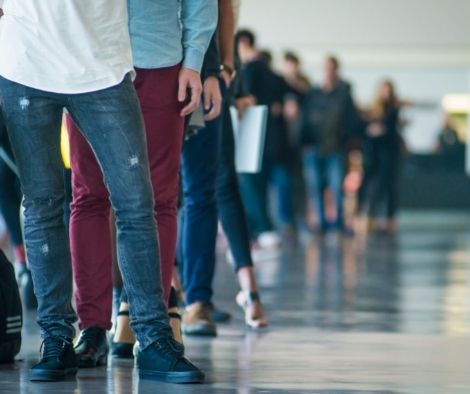 The world markets await the US employment data next week, which may influence the US Federal Reserve’s monetary policies in the following months, after a turbulent week and huge losses in September.

Increasing inflationary pressures on global economies, rising energy prices, uncertainty in Asia over Chinese real estate developer Evergrande, and the Fed signaling that it will begin tapering — the process of reducing its $120 billion in monthly bond purchases — have all contributed to recent market volatility.

The stock markets in the United States finished September with their worst monthly loss of the year thus far.

Last month, the Dow Jones dropped 4.3 percent, while the S&P 500 fell 4.8 percent, its worst loss since March 2020. The Nasdaq fell 5.3 percent in September, its lowest month in a decade.

According to statistics collected by Anadolu Agency, European indexes also suffered significant losses, with the STOXX index falling 3.8 percent and Germany’s DAX 30 and France’s CAC 40 both dropping about 3.4 percent.

The cost of energy is increasing.

In the face of increasing inflation and oil costs, there has been a lot of uncertainty about when major countries’ central banks will increase interest rates. Nonetheless, high unemployment and poor labor market conditions remain major roadblocks.

Oil prices have recently risen to their highest level in three years, with the worldwide benchmark Brent oil price reaching $80.75 a barrel on Tuesday, October 5, the most since October 2018.

On Monday, the Organization of Petroleum Exporting Countries (OPEC) will convene for its ministerial meeting.

The global oil market anticipates that the group will debate boosting oil output to satisfy the post-pandemic period’s rising demand brought on by normalization.

Natural gas prices in Europe reached a new high of 100 euros ($116) this week, presenting a threat to economic recovery and heating in the run-up to the winter season.

According to Eurostat, the EU’s statistics agency, unemployment in the Euro region was 7.5 percent in August 2021, while unemployment throughout the EU was 6.8 percent.

According to the latest statistics from the US Labor Department, the unemployment rate in the United States was 5.2 percent in August, as the world’s biggest economy could only create 235,000 jobs that month.

Job vacancies in the United States, on the other hand, reached a new high of 10.9 million in July, indicating that the US economy is still recovering from the coronavirus epidemic unevenly.

After a poor rise of just 235,000 in August, the employment data that the Fed carefully monitors is expected to come in at 460,000.

The US Federal Reserve is waiting for a strong employment report before beginning its tapering process, which may begin as early as November or December at the earliest.

Last week, Fed Chair Jerome Powell suggested tapering might finish by the middle of 2022, giving the bank about eight months to terminate its $120 billion monthly asset purchases if it reduces them by $15 billion each month.

The central bank also indicated on September 22 following its two-day meeting that the first-rate rise is expected in 2022, and that it anticipates four more rate hikes in 2023, rather than the two it predicted on June 16.

These predictions have driven the US dollar index, which includes a basket of currencies such as the euro, Japanese yen, British pound, Canadian dollar, Swedish krona, and Swiss franc, to its highest level since September 2020, at 94.50 on September 30.

On September 28, the yield on 10-year US Treasury notes reached 1.567 percent, the highest level since June 6 of this year.

After a 24 percent rise in a single session on Tuesday, the VIX (volatility index), often known as the fear index, soared over the crucial threshold of 20.

Inflation will continue to rise.

Throughout the first half of 2022, global inflation is likely to continue high, at least until labor markets show signs of improvement.

Given the present poor labor market circumstances, the European Central Bank (ECB) and the US Federal Reserve are waiting for better job statistics before increasing interest rates, which may happen as early as the end of 2022.

On September 16, ECB President Christine Lagarde said that she believes the eurozone economy would recover faster than anticipated from the coronavirus epidemic due to rapid immunization.

Energy costs are projected to fall in the first half of 2022, according to Lagarde.

Powell, on the other hand, predicted that manufacturing bottlenecks and supply chain issues will persist next year, depressing inflation for longer than previously expected.

He also indicated that if prices rise to unsustainable levels, the Fed may hike interest rates to keep inflation under control.

Powell also expressed optimism that the central bank would not have to strike a balance between inflation and rate increases, which he described as “a tough trade-off.” 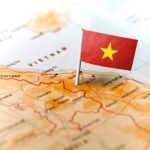