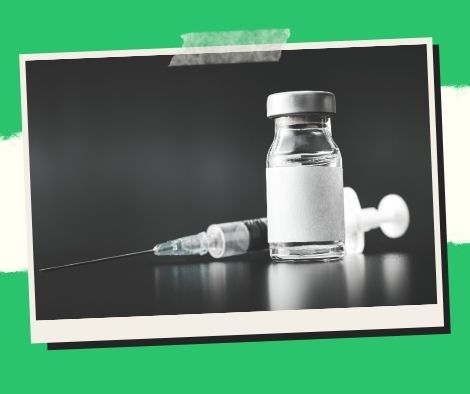 The Department of Health (DOH), the World Health Organization (WHO), the United Nations International Children’s Emergency Fund (UNICEF), and Rotary International are encouraging all parents to vaccinate their children against preventable diseases, including polio, on World Polio Day.

Following an 18-month outbreak response that vaccinated over 11 million children, many of whom received polio drops during the Covid-19 pandemic, the Philippines declared the polio outbreak to be over in June 2021.

Polio is a highly contagious, debilitating, and occasionally fatal disease that can be prevented with vaccination. Polio is most contagious in children under the age of five.

In the Philippines, children under the age of one year old receive three doses of polio drops and one dose of inactivated polio vaccine as part of standard immunization.

Due to difficulties in accessing health services during the pandemic, approximately half a million Filipino children missed out on oral polio drops for a standard vaccine in 2020.

The Department of Health (DOH) began a catch-up immunization campaign in the National Capital Region on Oct. 13, 2021. The initiative attempts to reach children under the age of two who have missed immunization doses, such as polio vaccines.

“While polio has been eradicated, we must assure that there will never be another outbreak, and this begins with vaccination.” In a news release issued on Sunday, DOH Secretary Francisco Duque III urged parents to ensure that their children receive routine immunizations to safeguard them from polio and other vaccine-preventable diseases.

According to Duque, the DOH initiated the ‘Catch-up Routine Immunization’ program this month to ensure that children receive National Immunization Program services.

Dr. Rabindra Abeyasinghe, WHO Representative in the Philippines, said polio, which was formerly a common infection, has been eradicated in most countries, including the Philippines.

“Vaccines have the capacity to save lives and protect individuals from diseases like polio,” Abeyasinghe said.

“Every disease outbreak puts a strain on our resources, especially our health personnel, who are tasked with reacting to a pandemic.” We must do everything possible to prevent another polio outbreak or any other vaccine-preventable disease like measles, rubella, or diphtheria. Our children’s lives and health are on the line. “As we prepare for them to return to schools and early learning centers, please verify that your children have got all of the standard childhood vaccines, including polio doses,” he added.

To maintain “our gains and avoid the continued drop of polio vaccine coverage,” UNICEF Representative Oyunsaikhan Dendevnorov stated polio immunization should be increased.

“In the fight against vaccine-preventable diseases, we’ve already come a long way. “Our shared achievements reinforce the idea that vaccines can be provided safely even during a pandemic if we work together,” Dendevnorov added.

“Vaccines work, as evidenced by the fact that we are on the verge of eradicating polio.” However, we are not yet there, and we must keep our pledge to children to eliminate polio from the world. Our drive to raise awareness and cash for polio still has to be stepped up. “By working together, we can END POLIO NOW,” said Mary Anne Alcordo Solomon, End Polio Now Coordinator for Rotary International Zone 10A (Philippines).

The Global Polio Eradication Initiative (GPEI), a public-private collaboration led by national governments, includes WHO, UNICEF, and Rotary International as partners. The US Centers for Disease Control and Prevention (CDC) and the Bill and Melinda Gates Foundation are two other GPEI collaborators.

Aside from immunization, the Department of Health is collaborating with partners to improve environmental and Acute Flaccid Paralysis surveillance to detect polioviruses across the country.

Polio is still endemic in only two nations throughout the world: Afghanistan and Pakistan. Polio will be only the second disease to be eradicated after smallpox when these countries achieve polio-free status.