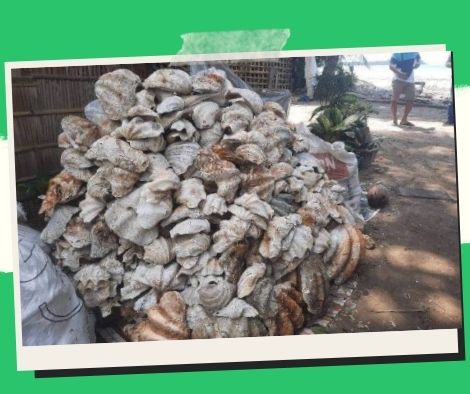 On Thursday, the Philippine National Police (PNP) pledged to continue cooperating with the Department of Environment and Natural Resources (DENR) in pursuing environmental criminals.

PNP Chief Gen. Guillermo Eleazar made the announcement following separate operations in Negros Occidental and Northern Samar that resulted in the recovery of huge clams and illegally obtained lumber, respectively.

Eleazar claimed members of the PNP Maritime Group seized 7,000 kilos of endangered fossilized and fresh clams, colloquially known as “taclobo,” on October 26 in Sitio Ondol Pasil, Barangay Cayhagan in Sipalay City, Negros Occidental, according to reports that reached his office.

The operation culminated in the seizure of PHP490,000 worth of endangered clams and the arrest of two individuals.

At a checkpoint in Allen, Northern Samar, police officials seized PHP400,000 worth of illegally cut lumber on Wednesday.

Inside a 10-wheeler reefer van driven by a man named Jan Richard Ballosa, the logs were discovered. He was detained after failing to produce paperwork proving his authority to transport the wood.

Criminal charges are being prepared against the two accused in the two instances.

Eleazar reminded citizens of current legislation aimed at protecting the environment and the country’s natural resources.

He directed that all police offices and units step up their efforts to prosecute individuals or organizations involved in unlawful operations such as endangered species poaching, illegal quarrying, and illegal logging.