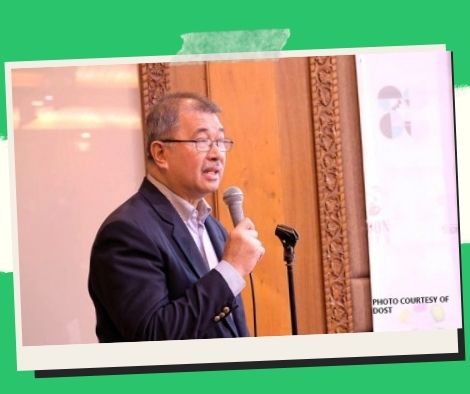 He declared in a filmed report that the agency has teamed up with the Philippine Marines, the Department of Education, and the Aparri local government to make this happen.

“Fuga is a geographically isolated and underprivileged barangay, and the Department of Scientific and Technology (DOST) wishes to bring hope by extending various science, technology, and innovation interventions through the Community Empowerment through Science and Technology (CEST) program,” he said.

The goal of DOST’s collaboration with those agencies is to generate economic opportunities. It also intends to give farmers and fishermen optimism by allowing them to better dry their produce using multipurpose solar drying trays. The provision of safe drinking water is also in the works.

De la Pea previously stated that he had visited the location. “I respect them (residents) because, despite the island’s remote location, they were able to make it progressive and orderly. They were able to improve their life by utilizing natural resources “he stated

He went on to say that he admires young people who work hard to get a solid education.

He went on to say that the DOST intends to strengthen Fuga Island’s resources even further.

They will be able to use a solar-powered STARBOOKS (Science and Technology Academic and Research-Based Openly Operated Kiosk Station) to access a variety of books and educational resources.

The DOST-Science and Technology Information Institute developed STARBOOKS, a digital library that can be browsed without internet connectivity.

“We also want to give them with a potable water system,” he continued, “so they can have cleaner water, which we believe will help them avoid becoming sick and instead become healthy.”

In terms of livelihood, the DOST chairman stated that in addition to multi-purpose drying trays, the DOST will also provide livelihood training to fishermen and farmers.

“We hope that as a result of the training, they will be able to start a new business,” he said.