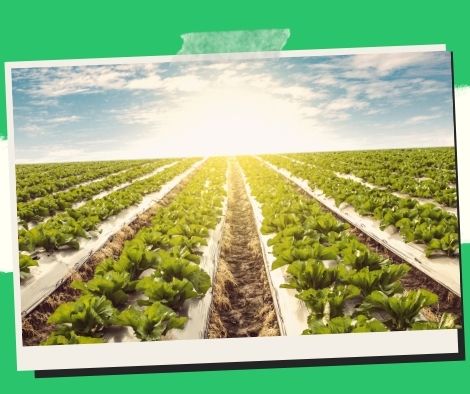 The Philippines has pledged to support the goals of the Agriculture Innovation Mission for Climate (AIM4C), a United Arab Emirates-United States (UAE-US) program in which this predominantly agricultural yet climate-vulnerable country is involved.

AIM4C, which was launched at the ongoing 26th United Nations Climate Change Conference (COP26) in Glasgow, Scotland, calls for increased and accelerated investments and partnerships in climate-smart agriculture and food systems innovation globally between 2021 and 2025 to help promote food security, climate health, and farmers’ well-being.

In a message aired during the conference’s virtual session promoting this effort, Department of Agriculture (DA) Secretary William Dar declared, “The Philippines wholeheartedly supports the goals of AIM4C.”

Climate change, he agreed, is having a negative impact on the planet.

He stated, “Our planet is in trouble, yet there is still hope.”

He stated that science-based treatments and innovations are critical in assisting agriculture in coping with and building resilience to climate change.

“In a changing climate, we in the agriculture sector believe that research and innovation are our best hope for survival and success,” he said.

“It’s critical for us to greatly accelerate the technologies required for agriculture to be, I believe, an early leader in this endeavor to cut emissions and sort of regulate the temperature,” US Department of Agriculture (USDA) Secretary Thomas Vilsack said during the meeting.

Agriculture, he argued, must be included to lead such an initiative.

“Innovation and technology are required for agriculture to be engaged,” he concluded.

Experts believe that GHG emissions from agriculture and other sources accumulate in the atmosphere and trap heat, causing the Earth’s climate to warm and change.

According to them, the Philippines contributes less than 1% of global GHG emissions.

However, they pointed out that the archipelagic Philippines is one of the countries most exposed to and at risk from climate change’s effects.

Extreme weather occurrences, as well as sea level and temperature increase, are becoming more often as a result of these impacts, scientists claim.

Climate change, according to the DA and its partners, will cost the Philippine economy USD520 million per year by 2050.

Climate change-induced increases in water and heat stress can reduce crop productivity, increase pest and disease incidence, and modify crop production appropriateness, according to the partners.

In the Philippines, rice is a staple crop.

Lourdes Tibig, a Philippine climate scientist and author of the Intergovernmental Panel on Climate Change, stated previously in a local conference that climate change is endangering rice production across the country.

Climate estimates show that if global warming continues unabated, temperatures may already exceed established rice production limits by the end of the century, she added.

According to her, this implies that climate change has the potential to alter crop productivity.

She pointed out that such a disruption would have an impact on domestic agricultural productivity, consumption, and food security.

“The last few months have been about organizing political support and investments for AIM4C, of course with the assistance of the United States and our partners, and having these partners and investments onboard right now has been terrific,” she added during the session.

She mentioned that further AIM4C activities include looking at joint implementation plans and priority areas, as well as the prospect of conducting yearly ministerial meetings that the initiative’s members can attend to address a variety of issues.

USDA stated this week that AIM4C had already reaped an “early harvest” of USD4 billion in increased investments for climate-smart agriculture and food system innovation during its five-year lifespan.

AIM4C partners are “mobilizing this funding to close the global investment gap in climate-smart agricultural and food systems innovation,” according to the USDA.