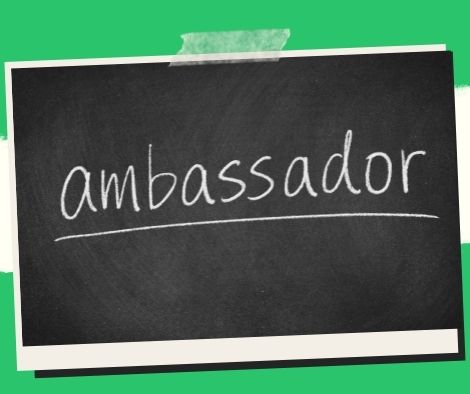 During the Covid-19 pandemic, Philippine Ambassador to Kenya, Alex Chua, took on the onerous duty of building the country’s ties with its host countries, as did many other envoys.

He completed his tour of duty this week, unquestionably with great success, with improved bilateral and multilateral relations between Nairobi and Manila.

On Nov. 5, Chua paid a farewell visit to the Ministry of Foreign Affairs, recalling the two countries’ collaboration, particularly in international body nominations.

In a statement, he said, “Serving as the Philippine Ambassador to Kenya and Permanent Representative to the UNEP and UN-Habitat for two years has been a fitting climax of my career in foreign service.”

He continued, “It has given me the opportunity to argue for policies and initiatives that contributed to the advancement of Philippine political, economic, and socio-cultural interests in bilateral and international fora.”

Chua was the Ambassador to Kenya from April 2019 to November 2021, having concurrent jurisdiction over Burundi, Comoros, the Republic of Congo, the Democratic Republic of Congo, Malawi, Rwanda, Seychelles, Somalia, South Sudan, Tanzania, and Uganda.

He was also the Philippines’ Permanent Representative to the UN Environment Programme (UNEP) and the UN Human Settlements Programme (UNHabitat) (UN-Habitat).

One of the most important events he attended as a Permanent Representative was the first session of the UN-Habitat Assembly in Nairobi in May 2019.

This meeting passed five resolutions on a variety of issues, including safer cities, capacity building for implementing the New Urban Agenda, gender equality through UN-work Habitat’s to support inclusive, safe, resilient, and sustainable cities and human settlements, and improving urban-rural linkages, among others.

Chua also fought for the establishment of Philippine Honorary Consulates in Mahe, Seychelles, and Kigali, Rwanda, to promote Philippine trade, business, culture, and tourism, as well as the welfare and interests of Filipinos in those areas.

Chua said his assignments allowed him to interact with people from various walks of life while also allowing him to “appreciate the enchanting beauty of each country” under the embassy’s jurisdiction.

He expressed his gratitude for the Filipino community’s support throughout the years in a farewell message to them, asking them to “continue to represent the Philippines in the best possible ways wherever they go.”

Chua’s 43-year career in the foreign service will come to an end in Kenya, since he has reached the obligatory retirement age of 65.

He received his Bachelor of Science in Foreign Service and Bachelor of Law degrees from the Lyceum of the Philippines University, and he is a lawyer and diplomat by profession.

In 1978, he joined the Department of Foreign Affairs and worked his way up through the ranks.

His first overseas posting was as a legal officer at the Philippine Consulate General in Hong Kong from 1985 to 1993, where he handled numerous instances of overseas Filipino workers in distress before becoming Vice Consul.

He worked at the Philippine Consulate General in Guangzhou from 2003 to 2009, where he rose through the ranks from Consul to Deputy Consul General to Consul General.

He was posted to the Philippine Embassy in Beijing in 2011, but this time as Deputy Chief of Mission and Chargé d’Affaires, where he made multiple representations to the Chinese government during a maritime conflict.

He was reassigned to the Philippine Embassy in Myanmar as the Ambassador from March 2013 until March 2017.

He called for the improvement of bilateral relations between the Philippines and Myanmar, noting that the late President Benigno Aquino III and President Rodrigo Duterte had both paid four state trips to Myanmar.