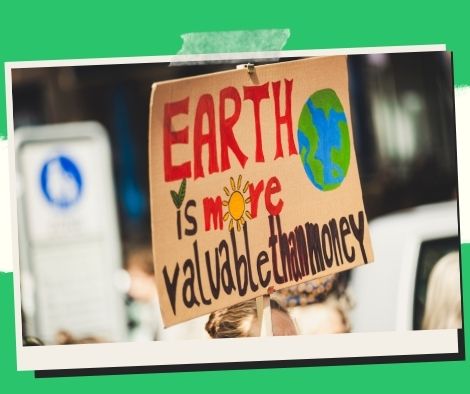 More than 40 countries pledged to phase out coal by 2050 during the first week of the COP26 climate meeting.

And more than a hundred world leaders have pledged to halt and reverse forest loss and degradation by 2030.

This was also the first time that a COP meeting included a major methane event, with 105 countries signing a Global Methane Pledge, including 15 large emitters including Brazil, Nigeria, and Canada.

The historic pledge, led by the United States and the European Union, as well as the United Kingdom’s COP26 presidency, equals 40% of world methane emissions and 60% of global GDP (GDP).

On the first day of the meeting, US President Joe Biden admitted that former US President Donald Trump had withdrawn America out of the Paris climate agreement, which had “placed us a little bit behind the eight ball.”

Other leaders have chastised Russia and China for sending delegates to Glasgow but not their presidents.

Moscow has pledged to be carbon neutral by 2060 and is a signatory to a statement on forests and land use that commits to ending deforestation by 2030.

According to Prime Minister Narendra Modi, India, one of the world’s largest polluters, has promised to achieve net-zero emissions by 2070.

According to the BBC, Australia was pressuring the UN even before the conference to amend a critical scientific study on how to deal with climate change.

It committed to reducing methane emissions by 30% by 2030, but it refused to agree to phase out coal-fired power and stop investing in new coal plants at home and abroad, as expected.

One of the key indicators of the summit’s success was the channeling of funding to underdeveloped countries to combat climate change. Rich countries, on the other hand, appear to have failed to follow through on pledges made at the conference.

Rich countries have pledged a total of USD100 billion per year by 2020 to assist developing countries in dealing with the effects of climate change.

However, that objective has yet to be met, and the COP26 Presidency has stated that it is highly unlikely to be met in 2021 or the next year.

The president, on the other hand, claims to be certain that it will be met by 2023, a statement that many perceive as a tremendous letdown.

The UK would spend £576 million (USD785 million) on a package of efforts to mobilize finance into emerging economies, according to the statement.

Meanwhile, a former governor of the Bank of England forced all major western banks to sign his Glasgow Financial Alliance for Net Zero, pledging USD130 trillion in decarbonization from 450 financial companies.

Several countries made new commitments to increase funding to assist developing countries in dealing with the effects of climate change, including Norway’s pledge to triple climate adaptation funding, Japan’s and Australia’s pledges to double theirs, and pledges from Switzerland, the United States, and Canada on adaptation funding.

The whitest, most segregated COP in history

The UN summit was dubbed the “whitest, most divided, and most controversial COP” by climate campaigners, with media and civil society representation from developing countries limited due to travel restrictions. Impositions of the “red list” and early closure of the media accreditation system were also made.

In Glasgow, around 100,000 people marched to demand immediate action in the fight against climate change.

“COP26 has been dubbed the most exclusionary COP ever,” Greta Thunberg, a Swedish adolescent, said of the climate talks.

“This isn’t a climate conference anymore.” This is a greenwashing festival in the Global North. She described it as “a two-week celebration of business as usual and blah blah blah.”

Despite unprecedented commitments from financial institutions to align their portfolios, goods, and services with the 2015 Paris Agreement, the quality of pledges was not considered sufficient to have a significant impact.