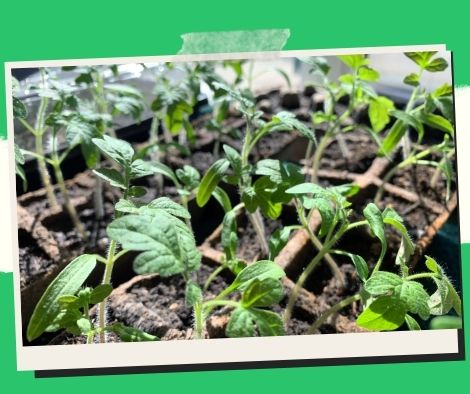 This promise is in line with the Agriculture Innovation Mission for Climate (AIM4C), a worldwide project announced by the United Arab Emirates (UAE) and the United States (US) at the ongoing 26th UN Climate Conference in Glasgow, Scotland.

During a virtual session of the conference, USAID Administrator Samantha Power said, “In support of AIM4C, USAID will undertake a number of efforts to dramatically increase research and innovation to develop cutting-edge climate-smart agriculture that is effective and sustainable so that families and communities, particularly those on the front lines of the climate crisis, are better equipped to face a rapidly changing climate.”

She stated that the United States Agency for International Development (USAID) has committed to investing at least USD215 million in the Consultative Group on International Agricultural Research (CGIAR), the world’s biggest public-sector agricultural research partnership.

“USAID’s investment will help CGIAR scientists and researchers – 19 of whom have won the World Food Prize since its inception – create novel resilient crop varieties and seeds like drought-tolerant maize that can withstand extreme conditions,” she said.

For the first time in its 50-year history, CGIAR’s whole network of 8,000 scientists and 15 world-class research institutes would be focused on the solitary core objective of transforming food, land, and water systems to help address the climate catastrophe, she said.

She also stated that, in addition to the CGIAR agreement, USAID will work with universities in the United States and research institutions in low- and middle-income countries to address some of climate change’s most critical problems to agricultural and food security.

She explained that the collaborations will take place through Feed the Future’s Innovation Labs.

She said that every dollar invested in climate-smart agriculture technologies created by such labs yielded a return of $4 to smallholder farmers.

The US government’s global hunger and food security project is called Feed the Future.

“I am thrilled to report that Pennsylvania State University has been granted the Feed the Future Innovation Lab for Current and Emerging Threats to Crops,” Power stated at the session.

She stated that the Penn State lab “would lead efforts to prevent and forecast pests, illnesses, and weeds that threaten crops such as peanuts, cassava, and cowpea, which are critical to food security.”

The University of California-Davis has been awarded USD36 million by USAID to lead the Innovation Lab on Horticulture.

According to USAID, work at such labs aims to help small-scale horticultural farmers enhance production through sustainability, storage, and commercial innovations, as well as promoting climate-smart farming.

According to Power, agriculture provides food and income to two-thirds of the world’s rural poor.

She pointed out that countries with the lowest carbon emissions are bearing the brunt of the climate change caused by these discharges.

“Wealthy nations like the United States, which are responsible for much of the carbon pollution already in our atmosphere, have a specific duty to these communities,” she said.

She mentioned that AIM4C is an opportunity to assist ensure food supply in the face of climate change.

“What we’re aiming for with AIM4C is simple: we want to keep people from being hungry,” she explained.

During the initiative’s 2021-2025 duration, AIM4C advocates increased and accelerated investments in and partnerships on climate-smart agriculture and food system innovation around the world to assist enhance food security, climate health, and farmers’ well-being.

The US Department of Agriculture (USDA) announced last week that AIM4C has already received a “early harvest” of USD4 billion in increased investments from its participants to assist drive climate-smart agriculture and food system innovation throughout the world.

“If you had to sum up AIM4C in one word, innovation would be one of them, but I believe acceleration is the key,” USDA Secretary Thomas Vilsack stated during another conference session.

He stated that, in light of global population growth and climate change, it is more important than ever to increase and accelerate investments in smart agriculture and food system innovation.

He stated, “We don’t have time.” “We need to speed up this process. We have been underfunding agricultural investments and innovation for far too long.”

During the meeting, Hungary’s agricultural minister, Dr. Istvan Nagy, announced that by 2025, his country plans to invest USD28 million in climate-smart agriculture and innovation.

In a statement broadcast during the session, the Philippines’ Department of Agriculture Sec. Dr. William Dar remarked, “We in the agriculture sector feel that research and innovation are our hope for survival and success in a changing climate.”