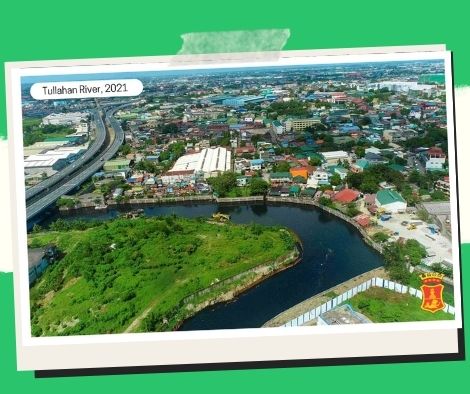 San Miguel Corporation, a food, and beverage conglomerate, announced that its river cleanup efforts in the Pasig and Tullahan rivers, both major tributaries crucial to the rehabilitation of Manila Bay, have exceeded initial targets, even as it prepares to ramp up efforts in the coming months as quarantine restrictions are eased.

SMC president Ramon Ang stated that the company’s goal is to gradually boost daily extraction production from the two rivers.

This is in preparation for possible monsoon rains, which are known for causing severe flooding in Metro Manila cities near the 27-kilometer Pasig River, as well as the cities of Navotas, Malabon, Valenzuela, and Caloocan, which are located alongside the 27-kilometer Tullahan River.

According to a report published earlier this year by research website ourworldindata.org, both rivers empty into Manila Bay and are among the top 10 rivers in the world that pollute the oceans with plastic debris.

“We are happy with our teams’ hard work in cleaning, deepening, and widening the rivers in preparation for the rainy season.” This has resulted in obvious shifts in flooding patterns, with no severe flooding episodes reported in recent months, particularly near the Tullahan River,” Ang said.

“We’ll be on schedule to meet our 50,000-metric-ton monthly objective by the end of the year if we reach and sustain at least 2,000 metric tons per day output starting this month.” “We are prepared to bring in more equipment and employees to further hasten the process in order to fulfill our goals,” Ang said.

The Pasig River rehabilitation project, a PHP2 billion project in partnership with the Department of Environment and Natural Resources, aims to remove at least 600,000 metric tons of silt and solid waste per year in order to clean up the waterway, improve water quality, and reduce flooding in several Metro Manila cities.

SMC is also planning to prioritize cleaning up additional shallow portions of the Pasig River, such as the C-5 area near the Marikina River junction, at the mouth of Manila Bay, and in the Makati-Estrella area, in addition to the current pilot zones in Pandacan and Malacanang.

Daily output for the PHP1-billion Tullahan River project, which is also wholly funded by SMC and carried out in collaboration with the DENR, is now averaging 2,500 metric tons. Meanwhile, as of November 5, total output since June 2020, when the project resumed full production following the first enhanced community quarantine, had reached 522,498 metric tons.

By December, Ang added, the intention was to enhance the Tullahan River’s extraction capacity even more, as soon as a set of brand-new equipment that the company had purchased arrived.

From the mouth of Manila Bay in Navotas City to Potrero in Malabon and Valenzuela City, the five sections run the length of the rivers. Parts of the river in Potrero, Malabon, and Marulas, Valenzuela, as well as regions near Catmon and Maysilo in Malabon, are now being dredged.

“Cleaning and dredging these rivers is the first and most important step in removing years of accumulated garbage and reducing severe flooding in the surrounding areas.” However, in order to keep them clean and truly restore them over time, we will need the help of all stakeholders and local communities. This means that no rubbish, sewage, or other harmful substances should be dumped in the river. “The full and long-term advantages of these clean-up projects will require the installation of sewage treatment facilities to decrease the outflow of untreated sewage water into the river, as well as more efficient solid waste management,” Ang said.

SMC is also launching a river channel enhancement initiative for the tributaries of the Marilao-Meycauayan-Obando River System in Bulacan province as part of its New Manila International Airport project in Bulakan.