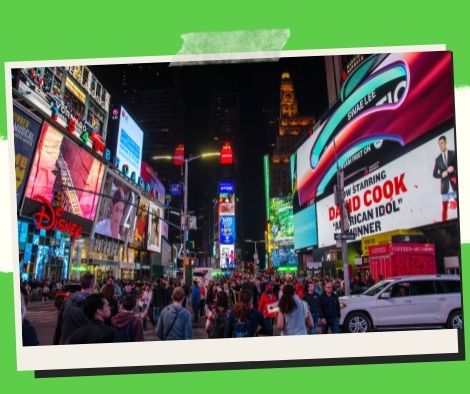 Billboard advertising is the most cost-effective option for outdoor advertising. And the money is worth it given the amount of exposure the product receives. Several causes have prompted billboard advertising in recent years, with cost-effectiveness being one of the most important. One of the reasons is that when an advertisement is posted in the local newspaper or on television, it is only seen for thirty seconds, however, when the same advertisement is placed on a billboard, it is seen throughout the day and for months. Thousands of people see billboards every day on their way to work or home, and unlike an advertisement in a newspaper or magazine, it does not get lost in the pages. The message is delivered frequently and continuously. Billboard advertising is unlike any other form of advertising in that it captures people’s attention. It raises brand awareness and establishes strong brand identity.

Technology is one of the reasons for the low price. Because billboards were hand-painted in the beginning, labor costs were expensive. Advertisers now use a computer-aided printer to create and print their ads on a large poster board or vinyl board, which is incredibly cost-effective. Creativity can be realized to its full potential with ease and at a lower cost. The more eye-catching a commercial is, the brighter, colorful, and imaginative it is. With technological developments, designing billboards with limitless possibilities takes a fraction of the time it used to.

Before putting a billboard ad in a specific location, it’s a good idea to conduct some research into the local community’s interests. For example, if an advertiser wants to place a billboard advertisement on a highway, he can choose a motel, café, or petrol station. Specific potential customers should be targeted depending on the location.

The price is quite affordable. It might cost anywhere between $1,000 and $3,000 each month. The cost often adverts is estimated to be roughly $ 30,000. It may appear to be a large sum, but it is nearly the same as running a full-page ad in a newspaper for a single day. When the efficacy of both approaches is taken into account, newspaper advertisements are not even close to being as effective as billboard advertisements. When a client sees an advertisement in a newspaper or magazine, they should reach out to see it; yet, when a customer sees an advertisement on a billboard, it is the same as reaching out to them.

As a result, billboard advertising has a large impact on people and is a cost-effective advertising approach. The benefits listed above are only a handful of the many benefits of billboard advertising. And it is for this reason that billboard advertising is preferred by a wide range of industries and businesses. Any form of product can be advertised to any kind of audience by placing billboards in theater multiplexes, highways, airports, and even on cars. And the power of it should never be underestimated.