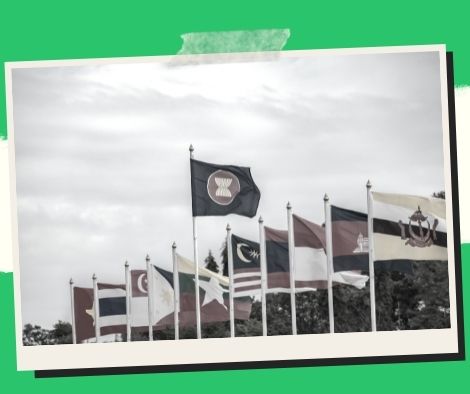 Finance Secretary Carlos Dominguez III said Tuesday that the Philippines will share the progress it has made in translating theories about climate change into actionable projects on the ground with other countries, particularly those in the Association of Southeast Asian Nations (ASEAN), in order to help accelerate adaptation and mitigation efforts to avert catastrophic global warming.

According to Dominguez, ASEAN countries, such as the Philippines, are highly vulnerable to the negative effects of global warming and must “vigorously escalate” their respective mitigation and adaptation initiatives and “immediately move to concrete steps to save the planet.”

With the Philippines sinking at four times the global average and increasingly severe typhoons and other extreme weather events, Dominguez said the country wants to set a clear example of how a highly vulnerable country can move forward with its climate action ambition.

“We are eager to share our knowledge, best practices, and technologies with the rest of the region.” “We hope that our initiatives can be replicated and scaled up by other countries,” he said at the 3rd Asean Climate Smart and Disaster-Resilient ASEAN Summit (CSDRA).

“The Philippines will take all of these steps with vigor. Global warming poses an existential threat to our archipelago, according to us. “We will respond with everything we have,” said Dominguez, who is also the chairperson-designate of the Climate Change Commission (CCC) and the head of the Philippine delegation at the recent 26th United Nations (UN) Climate Change Conference of the Parties (COP26) in Glasgow, Scotland.

The Philippines, as a new entrant to the Climate Change Performance Index (CCPI), has outperformed its peers in the Asia-Pacific Region in terms of climate protection performance, ranking No. 23.

The CCPI assesses 63 countries and the European Union (EU) in terms of greenhouse gas (GHG) emissions, renewable energy (RE) use, and climate policy.

At the CSDRA forum, Dominguez shared some of the initiatives that the Philippines is currently undertaking to advance its climate ambition, including the launch of its Sustainable Finance Roadmap, which will provide a masterplan for creating a synergy between public and private investments in greening the financial system, and the planned issuance of the country’s first-ever sovereign green bonds.

According to Dominguez, the country is a leader in the use of climate finance, with Philippine companies issuing USD4.8 billion in Asean-labeled Green, Social, and Sustainability (GSS) bonds since 2019.

This figure corresponds to 29 percent of the current total Asean-labeled GSS Bond issuances, the highest in the ASEAN region.

The Asian Development Bank (ADB), Indonesia, and the Philippines, according to Dominguez, have also launched a partnership for the trailblazing Energy Transition Mechanism (ETM), which will hasten the retirement of coal plants in the country and the transition to clean and renewable energy sources through an equitable, scalable, and market-based approach.

According to him, the ETM project aims to bring together financial resources from multilateral banks, private institutional investors, philanthropic contributions, and long-term investors in order to catalyze the Philippines’ decisive shift toward de-carbonization.

“This is a model of cooperation that could be replicated elsewhere in the world where multilateral finance institutions, governments, and the private sector are all working toward the same goal of climate resiliency,” he added.

On Dominguez’s initiative, the CCC has assembled a group of national technical experts from all over the Philippines to advise the Commission and engage fishers and farmers in local communities in order to prepare them to adapt to and mitigate the effects of global warming.

Dominguez stated that the Philippines has committed to reducing its GHG emissions by 75 percent by 2030 – one of the most ambitious Nationally Determined Contributions (NDCs) put forward by any country – despite being one of the world’s lowest GHG emitters, accounting for only 0.3 percent of total global emissions.