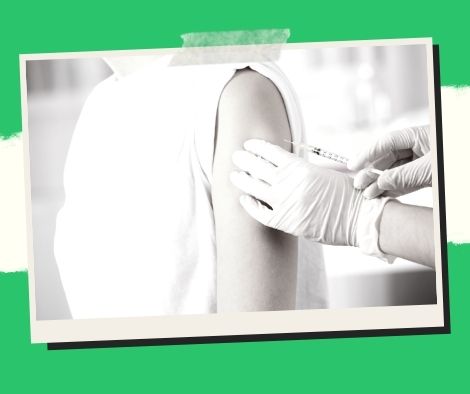 “As a government employee who is also responsible for the government’s overall operations, I may agree with the task force [Inter-Agency Task Force for the Management of Emerging Infectious Diseases] if they make it mandatory.” In a televised meeting with the National Task Force (NTF) Against Covid-19 and medical experts in Malacanang Palace, Duterte declared, “It’s for public health.”

He admitted that a law is needed to compel Filipinos to get Covid-19 vaccine shots, but he also stated that the government can utilize its police power to compel residents to acquire the vaccination.

“The government has the authority to enact legislation to preserve public health, public safety, and public order.” It’s in the midst of a police state. As a result, required na (already) in some nations,” he noted. “I can compel you via the state’s police power.”

Duterte said he had lost so many friends to Covid-19 that he couldn’t understand why people were still refusing to get the vaccine.

“Itong mga tao na ayaw talaga magbakuna (These are those who refused to be vaccinated for religious reasons).” I don’t mean to offend, but yung ayaw magpabakuna, madali naman ‘yan, mamili kayo (but for those who don’t want to be vaccinated, pick between early death and living longer). He inquired.

To date, the Philippines has enacted stricter travel restrictions in order to prevent the Omicron strain from entering the country.

Meanwhile, Duterte urged that Covid-19 immunization stations be open 24 hours a day to accommodate more people who are unable to get immunized throughout the week.

“We open the vaccine booths kung maari (if we can) Monday through Sunday, even if it means fewer people.” “What’s crucial is that we get everyone vaccinated because if one gets contaminated, others will get it as well,” he warned.

He also urged the people to take part in the country’s three-day nationwide immunization push, which will take place from Nov. 29 to Dec. 1.

“Pag wala kang bakuna, magpabakuna ka (If you haven’t gotten your vaccine yet, now is the time to get it because it’s National Vaccination Day).” So itong private pati public offices pagka magpabakuan yung trabahante ninyo (If your employees want to get vaccinated, allow them to go out and get it),” he remarked.

By the end of the year, the country hopes to have fully vaccinated 54 million Filipinos.

Proclamation No. 1253, which declares November 29 to December 1 as “Bayanihan, Bakunahan” National Covid-19 Vaccination Days, exempts public and private sector personnel from getting their Covid-19 vaccine shots.

“Government and private sector employees and workers who will be vaccinated during the period shall not be considered absent from work, provided that they present proof of vaccination to their respective employers, subject to rules issued by the Department of Labor and Employment (DOLE) and the Civil Service Commission (CSC),” the proclamation stated.