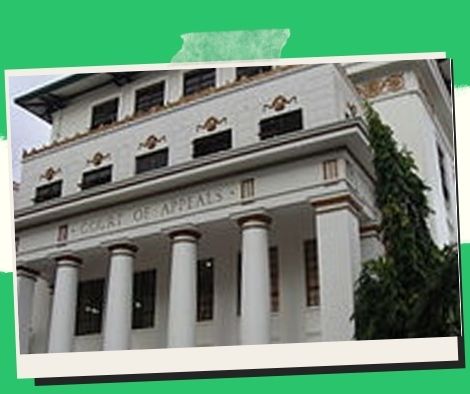 After failing to file a petition disputing the verdict of the Intellectual Property Office, the Court of Appeals dismissed a complaint filed by Jollibee Foods Corp. over its legal stare-down against a local firm seeking to register “JB Jolly Bear” as a trademark (IPO).

According to a resolution dated December 6 and written by Associate Justice Angelene Mary Quimpo-Sale, the CA ordered the matter dismissed from its docket because Jollibee failed to file a petition and comply with court directions despite being granted an extension.

JB Jolly Bear and its owner, Huan SIek Sy, failed to register a three-year Declaration of Actual Use of the “JB Jolly Bear” trademark, according to the IPO in June 2020.

Sy demonstrated that Jollibee’s lawsuit against him should be dismissed as moot and academic.

Despite JB Jolly Bear’s renunciation of the trademark application, Jollibee believes the matter should be decided on its merits by the IPO, as it “poses a major risk” to its trademark rights and “sets a confusing precedent for similar situations in the future.”

The IPO dismissed Jollibee’s lawsuit because “no practical or beneficial purpose would be achieved by addressing the questions and merits in the case,” according to Director General Rowel Barba, because the JB Jolly Bear trademark application had previously been considered declined.

“It is pointless to engage in scholarly discussion of a case presenting a moot subject because a judgment on it cannot have any practical legal consequence or, by its very nature, cannot be enforced,” Barba stated.

Unsatisfied, Jollibee requested extra time to appeal the IPO decision to the CA.

The CA approved Jollibee’s plea for an extension of time to submit a petition for review on September 17, 2020.

It also allowed the firm five days to finish the file by paying all docket costs and complying with other criteria.

“The deadline for submitting the petition was July 22, 2020. “No petition has been filed and no compliance has been made to date, or 17 months,” the CA stated.

“In general, timeframes given to execute specific activities must be followed with loyalty as these are aimed largely to speed up the final determination of the matter,” the court noted, calling the case “abandoned and thus dismissed.”

The government wants to return the unemployment rate back to where it was before Covid.

The government wants to reduce unemployment to roughly 5 to […]

PRRD should approve RCEP ratification as urgent, according to the economic team.