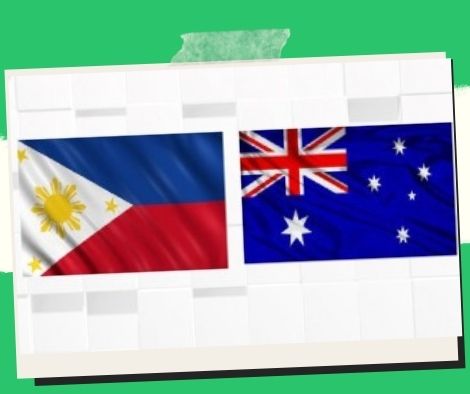 According to the Department of Foreign Affairs (DFA), the Philippines and Australia have decided to boost their collaboration from comprehensive to strategic.

Foreign Affairs Secretary Teodoro Locsin Jr. and Australian Foreign Minister Marise Payne made the promise at a bilateral meeting on the sidelines of the Asean-G7 Foreign and Development Ministerial Meetings in Liverpool, United Kingdom, on December 11.

“As we near the end of our 75th anniversary year, I am pleased with the breadth and scope of our involvement this year, from our political, trade, defense, and counterterrorism mechanisms to our successful joint ministerial conference,” Locsin remarked.

In addition, the two ministers committed to collaborating closely on vaccinations and pandemic preparedness.

Australia has committed to providing the Philippines with around 3.6 million vaccine doses, with the first batch of 700,000 AstraZeneca vaccine doses arriving in November.

Aside from that, they reaffirmed their commitment to bolstering defense cooperation, especially partnerships with Australia for the latter’s defense modernization program.

The Australia-United Kingdom-United States Enhanced Trilateral Security Partnership (AUKUS) and recent developments in the South China Sea were among the subjects discussed by the two ministers.

This year, the Philippines and Australia celebrated 75 years of diplomatic ties with a series of diplomatic, social, and community activities in both countries.

Unvaccinated people with comorbidities must have a medical certificate: QC

Residents of Quezon City who are unvaccinated against the coronavirus […]

From December 16 to December 31, the Philippines will be […]

Of the wake of the unexpected increase in Covid-19 cases, […]