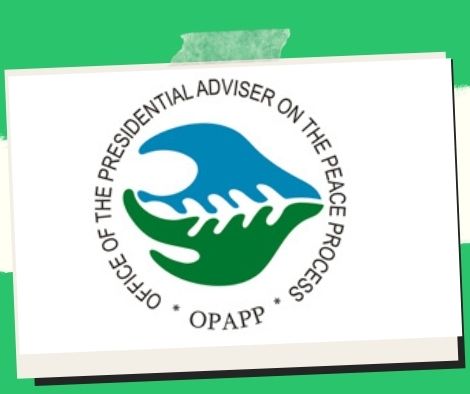 The Performance Governance System (PGS), according to the Office of the Presidential Adviser on the Peace Process (OPAPP), has influenced the advancement of its daily operations.

On Wednesday, the Institute for Solidarity in Asia’s (ISA) virtual PGS Public Revalida presented the OPAPP with the Silver Trailblazer Award for performance governance compliance.

Deputy Peace Adviser Undersecretary Isidro Purisima noted in his speech that the PGS road taught them that “an organization cannot remain static and must continue to adapt.”

Purisima stated the OPAPP’s PGS experience began in 2019 and has been “wonderful, thrilling, and tough.”

They want to “maintain the achievements and continue moving forward on the PGS pathway,” he said.

He credited ISA with helping the office develop its “feeling of direction,” as well as “sheer” dedication on the part of OPAPP staff and regular management assessments.

“As we continued our transition as an organization and the implementation of our programs, we realized the path to compliance would be more complex,” he said.

“We were able to utilize the lessons learned during the commencement stage as we progressed to the compliance stage. This isn’t to argue that our road to compliance has been easy. We’ve just learned to be more efficient, despite our modesty “Added he.

Purisima stated that OPAPP and its employees have pledged to keep the PGS in their system.

“Because we acknowledge the PGS’ positive influence on the organization’s overall performance, we continue to embed it in our day-to-day operations and reflect the good governance principles and techniques we’ve adopted through the PGS,” he said.

Purisima claimed that their hard work, devotion, and commitment earned them the Compliance Stage.

He continued, “We are inspired to take on the difficulties that come with the next PGS stage—the Proficiency Stage.”

The OPAPP is responsible for overseeing, coordinating, and integrating the overall peace process, as well as collaborating with a number of agencies in order to achieve the administration’s Six-Point Peace and Development Agenda in conflict-affected areas.

Carlito Galvez Jr., the chairman of the OPAPP, was named the country’s vaccine czar and eventually the leader of the National Task Force Against Covid-19 at the height of the pandemic.

Despite playing a critical role in health crisis management and pandemic response, Galvez had stated that the peace process would continue.

Depending on the pace of their immunization program, various local […]