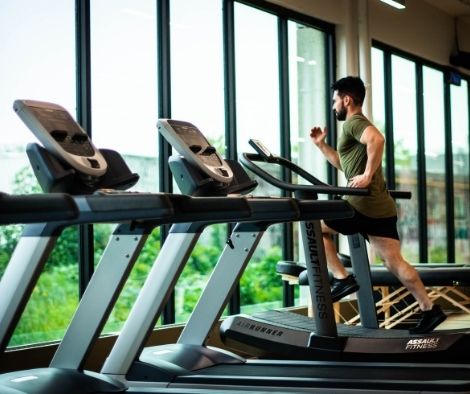 According to the senior trade official, the safety seal should be used as an option for gym owners to extend their capacity rather than a mandate for fitness centers to reopen.

Ramon Lopez, Secretary of the Department of Trade and Industry (DTI), said he would appeal to the Inter-Agency Task Force for the Management of Emerging Infectious Diseases (IATF) to enable gyms and fitness clubs to reopen at 20% capacity even without the safety seal, according to a Palace briefing.

This proposal, he added, is intended to assist gym owners in resuming their economic activity and the sector’s 22,000 employment.

The IATF permitted gyms and fitness clubs to reopen last week as long as they had obtained the safety seal, a government-issued good housekeeping emblem that acts as verification that the institution complies with minimal health regulations.

“We will suggest that this be done on a voluntary basis as well,” Lopez stated.

Lopez advises that all gyms and fitness clubs work at 20% capacity prior to acquiring the safety seal.

If these businesses have previously received the excellent housekeeping certification, they will be permitted to increase their capacity by up to 30%, or ten percentage points, he added.

Under the safety seal certification scheme, the local government unit is the authorizing government body for gyms and fitness centers.

According to Lopez, enabling gyms and fitness facilities to reopen immediately lowers bureaucracy by making the safety seal application optional.

“Gyms are important for our physical (health) and fitness,” he added, adding that this sector was one of the last to open owing to its indoor operation and increased risk of getting the virus owing to shared equipment.

According to Lopez, the fitness sector has established its severe minimum health measures in order to prevent outbreaks in gyms and fitness clubs.

Since the National Capital Region and four adjacent provinces were subjected to enhanced community quarantine in March, the IATF has stopped gym activities.