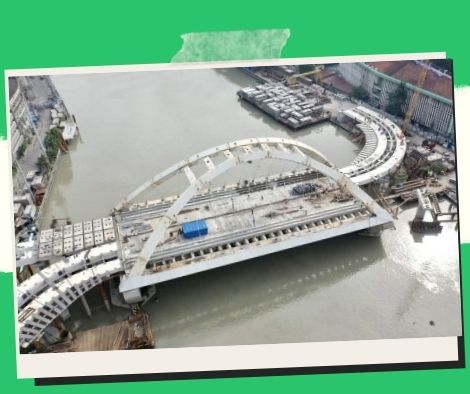 The Binondo-Intramuros Bridge is nearing completion, with overall progress now at 88.63 percent, according to a news release issued by the Department of Public Works and Highways (DPWH) on Friday.

With the finished basket-handle linked steel arch main bridge over the Pasig River, Undersecretary Emil Sadain stated to DPWH acting Secretary Roger Mercado that the target finish is in the first half of 2022.

The bridge was supposed to open to motorists by the end of 2021, but the Department of Public Works had to delay it due to the relocation of public and private services and utilities in the area, as well as the need to wait for pre-fabricated steel materials from China, which funded the PHP3.39 billion project.

The effort was also hampered by work suspensions caused by pandemic limitations.

Sadain said prefabricated girders for abutments and ramps have begun to be installed, while steel box girder components for the up-ramp at the Intramuros side with a total length of 191 meters and between Piers 5 and 8 for the viaduct structure over Estero de Binondo and corresponding ramp on the Binondo side have already been lifted on piers.

“We expect a lot of dramatic changes for this project,” he added in a statement, “with all the requisite materials and high-performance launching equipment accessible on the building site.”

The bridge project, which is one of the DPWH’s flagship infrastructure projects under the “Build, Build, Build” program, is intended to not only reduce travel time between Manila’s two busiest districts of Intramuros and Binondo, but also to benefit roughly 30,000 vehicles daily.

The Supreme Court (SC) has granted permission for a construction […] 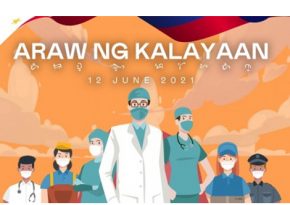