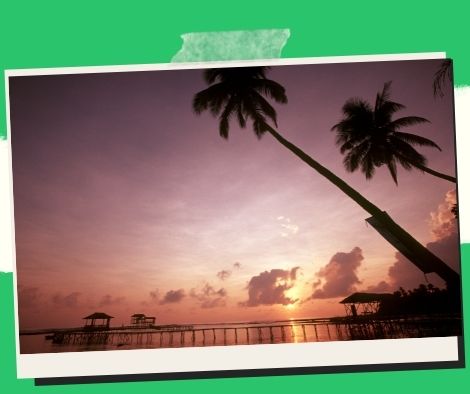 Meanwhile, earlier on Wednesday, the BRP Ivatan (LC-298) arrived on the island.
Last December 19, the ship, which is part of Naval Forces Western Mindanao, left Zamboanga City with 7,000 boxes of varied food packs from DSWD-9.

“As of this reporting, both Navy landing boats are being unloaded, working with partner stakeholders in the area,” Negranza added.

The BRP Iwak and BRP Ivatan are part of the PN’s humanitarian aid-focused 19-ship deployment to the areas damaged by “Odette.”

Both ships are capable of sealift and can execute beach landings, which is a critical capability for an archipelagic nation like the Philippines.

“This deployment exemplifies the Navy’s commitment to ensuring the government’s continued delivery of critical assistance materials to help our fellow Filipinos afflicted by this disaster,” Negranza added.

“Said activity intends to offer visual information on the present situation in the impacted areas and aid in situational needs in order for the AFP (Armed Forces of the Philippines) and the government to execute focused-humanitarian assistance and disaster response operations,” it added. On the same day, one of its aircraft, tail number NV-312, carried out an emergency resupply mission for AFP forces and civilians in Pagasa Island, Kalayaan Island Group (KIG), West Philippine Sea.

Along with the mission, the asset also carried out RDANA in the other Philippine-controlled features in the KIG.

“In support of Western Command and the PN, Naval Forces West will continue to carry out its duties within its area of responsibility. Similarly, the Command will continue to give unwavering support for the combined efforts to mitigate the effects of Typhoon Odette in the province of Palawan “It was stated.

The Commission on Elections (Comelec) announced on Monday that the […]

People of any age who have been fully vaccinated are now permitted to travel: DOT

On October 8, the Department of Tourism (DOT) announced that […]

The House of Representatives ratified the bicameral conference committee report […]