Beginning January 1, travelers from six countries on the “red list” will be denied entry: BI

Beginning January 1, travelers from six countries on the “red list” will be denied entry: BI

The Bureau of Immigration (BI) said on Friday that visitors from six countries on the red list will be denied entry into the country.

In an alert, BI Commissioner Jaime Morente stated that the current resolution from the Inter-Agency Task Force for the Management of Emerging Infectious Diseases (IATF) will be implemented on the new red, yellow, and green lists.

He stated that the improved country risk classification will be in force from January 1, 2022, through December 15, 2022.

Eswatini, Lesotho, Malawi, Mozambique, Namibia, and Spain are on the red list.

Foreign nationals from the aforementioned nations, or those who have traveled there within the last 14 days before arrival, will be denied entrance and deported back to their home country.

Filipinos fleeing red-list nations may be permitted to return via government- or non-government-sponsored repatriation flights or bayanihan flights, according to the BI chief.

The Yellow List includes all other countries, territories, and jurisdictions not specifically named.

“Only Filipinos, balikbayans, and foreign citizens with long-term visas from countries on the green and yellow lists may be allowed access,” Morente stated.

“Tourists are still not allowed to enter the nation,” he continued, referring to the recent resolution.

Despite the travel limits imposed by the Covid-19 Omicron form, Morente believes the international travel business has a bright future.

“While numbers are still lower than pre-pandemic levels, inbound and outbound foreign travel increased between 2020 and 2021.” The travel business is gradually rebounding, and we hope to see continuing progress through 2022,” he added. 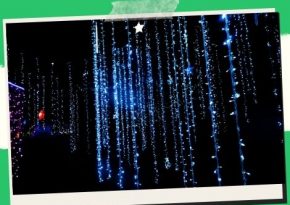 The traditional dawn masses (Simbang Gabi) will begin on December […]

Apart from terrorists and the New People’s Army (NPA), President […]

The Department of Social Welfare and Development (DSWD) is still […]

The US government released an additional USD19 million (about PHP950 […]