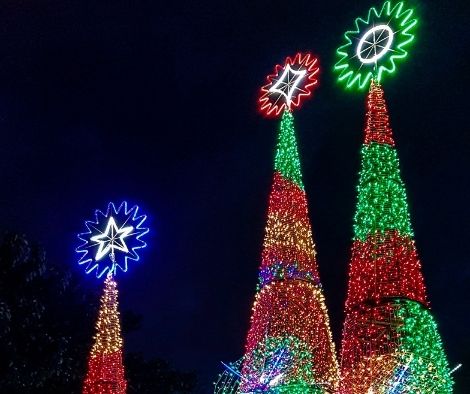 Christmas will be brighter for Filipinos this year as more vaccinations arrive and the immunization campaign gathers traction, according to Interior Secretary Eduardo Ao.

The government expects a substantial portion of the population to be protected against the coronavirus by the end of the year, according to Ao, who is vice chair of the National Task Force Against Covid-19.

“Because we will reach the population protection threshold before the end of the year, we will enjoy a merrier/happier Christmas this year. This implies that at least half of our population has been immunize. By that time, nearly all businesses have opened and nearly all restrictions have been lifted “On Tuesday night, he told the Philippine News Agency (PNA) in a text message.

According to statistics from the Department of Health, a total of 6,948,549 doses have been given as of June 13.

During the 15th week of the immunization campaign, a total of 982,898 doses were given.

Ao said 1,300 doses of Sinovac vaccine were allocated for use by employees who will be immunized on June 16-18 at the Department of Interior and Local Government central office in Quezon City.

He had previously said that approximately 50,000 police and fire personnel will be sent to offer assistance and security for the nationwide vaccine rollout, which now includes those who fall into the A4 category, or those who are economically disadvantaged.

As of June 16, the Philippines has received a total of 12,705,870 vaccinations, both government-supplied and donated.