On election day, the DOTr and the MMDA will beef up transportation and traffic security.

On election day, the DOTr and the MMDA will beef up transportation and traffic security.

MANILA, Philippines — When Filipinos go to the polls on Monday, the Department of Transportation (DOTr) and the Metropolitan Manila Development Authority (MMDA) will beef up security on all highways and public transportation.

The Department of Transportation (DOTr) announced the activation of “Oplan Byaheng Ayos: Implementation of Heightened Alert Status During the National and Local Elections 2022” to ensure “passengers’ health, safety, security, reliability, and comfort” on election day.

“All DOTr units promise the riding public safe, dependable, and comfortable transportation, whether by land, sea, or air, as they journey to their respective towns, cities, or provinces to cast their votes on Monday,” the DOTr said in a statement on social media.

From Thursday to Tuesday, DOTr sectoral offices and affiliated agencies are on “24/7 coordination, monitoring, and real-time reporting of operations and occurrences” (May 10).

In order to keep the public informed about the timetables of various modes of transportation, as well as safety and security procedures, advisories and other informational materials will be posted in various transportation hubs.

“At airports, seaports, and other transportation hubs, the task force also requires the dissemination of safety recommendations, common types of violations, and safety/security laws,” the DOTr added.

Vice Admiral Narciso Vingson Jr., Assistant Secretary for Maritime and Officer-in-Charge for Special Concerns at the Department of Transportation, signed a memorandum directing all “sectoral offices and associated agencies” of the DOTr to be on high alert.

MMDA Chair Romando Artes, on the other hand, said that from May 8 to 21, approximately 90 people will be deployed to manage traffic at the Philippine International Convention Center (PICC) in Pasay City, where the National Board of Canvassers (NBOC) will canvass votes for national positions.

“Traffic congestion is predicted in the region because certain graduation rites will be held at PICC Plenary Hall. As a result, we will deploy workers to guarantee that traffic flows smoothly “In a statement, Artes stated.

For “other administrative and operational activities in the area,” the MMDA will collaborate with the Commission on Elections, the Southern Police District, the Armed Forces of the Philippines, the Bureau of Fire Protection, and the Pasay local government.

Within the PICC Complex, Magdalena Jalandoni Street will be restricted to vehicles from Gil Puyat Avenue to Vicente Sotto Street on the same dates.

The MMDA Traffic Engineering Center will construct traffic road signs to direct motorists on the northbound portions of Macapagal and Diokno Boulevards.

The MMDA suspended the modified unified vehicular volume reduction program, also known as number coding, on Monday to ensure the availability of transportation options during the elections.

During the coding hours of 5 p.m. to 8 p.m., all vehicles, including those with plate numbers ending in 1 and 2, would be allowed to pass through Metro Manila’s key arteries. 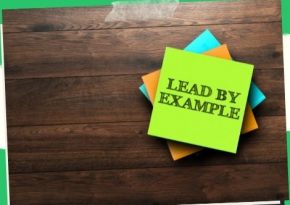 Under the new normal, the Department of the Interior and […]