DAVAO CITY, Philippines – The assassination of a village head in Davao del Sur over alleged election-related reasons is an incident that should never happen again.

Occidental Governor Claude Bautista called for calm, free, and fair elections on May 9 on Saturday.

Bautista said in a video message to the media that voters should have the freedom to choose their leaders, who should be focused on the people’s welfare.

“I’m pleading with you to come together for peaceful and free elections,” Bautista said. “I am requesting that leaders refrain from threatening people.” Allow them to vote for whom they believe is correct.”

Angelito Balasbas, 50, of Barangay San Jose, was assassinated outside his home on April 27 by a motorcycle-riding assailant.

Before the campaign began, Bautista claimed that a member of his son’s campaign crew, Carl Jason Rama-Bautista, who is running for governor of Davao del Sur, was assassinated in Bansalan town.

Balasbas’ death, according to Rama-Bautista, has sparked dread among his fans.

“As a candidate in this province, we are also concerned about our safety.” “If they can do it in a big city, imagine what they can do in our small town,” he remarked.

A group of maritime workers wants the law to include stronger provisions for seafarers.

DAVAO CITY, Philippines – If the Marino party-list group is […]

In light of the threat posed by the Omicron version, the return of the face shield policy is being considered.

As many countries strive to avoid the introduction of the […]

Gov. Danilo Suarez, the patriarch of Quezon’s governing family, will […] 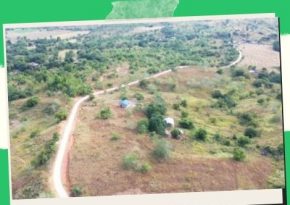 Farmers in Nueva Ecija benefit from the access road.