There are no discrepancies in the preliminary race parallel count: PPCRV

There are no discrepancies in the preliminary race parallel count: PPCRV

MANILA – The unofficial tally of election returns showed no inconsistencies, according to the head of the poll watchdog Parish Pastoral Council for Responsible Voting (PPCRV).

PPCRV chairperson Myla Villanueva said that as of Wednesday night, 98.31% of the 107,785 total clustered precincts had been counted without any discrepancies reported, refuting claims of a “fixed gap” between presidential candidate Ferdinand “Bongbong” Marcos Jr. and his nearest rival Vice President Leni Robredo’s votes.

Marcos has a large lead, with more than twice as many votes as Robredo.

She claimed that this year’s national election is the world’s “most modern” computerized election and that Filipinos should be proud of it.

“Imagine 106,000 precincts, each with one voter. When you put your ballot in the machine, it is consolidated and immediately transferred to canvassing systems, which total up your votes and display them on the boards “In a forum held at the PPCRV Command Center on the University of Santo Tomas campus, she added.

According to Villanueva, she has never witnessed an election with more than 65 million registered voters and a high turnout percentage.

The PPCRV is undertaking a parallel count of votes from the just finished May 9 national and local elections with the support of volunteers.

PPCRV’s mandate, according to PPCRV Co-IT Director William Yu, is to monitor and highlight anomalies in election returns and submit them to the Commission on Elections (Comelec).

According to Yu, their mandate allows them to conduct an unofficial parallel count, but they are not required to complete every precinct.

“However, we will continue to encode as long as the ERs arrive and as long as you volunteers turn here. We may go to a smaller place next week, but the ERs are still being encoded. We won’t stop till the job is completed “The PPCRV volunteers were informed by Yu.

Yu remembered three mismatches in the 2019 midterm elections, out of the 67 percent encoded precincts.

“The Comelec was notified of the three mismatches. The overall match rate was 99.995 percent, which is an extremely high rate. We predict high match rates because there should be no difference in the encoding if there was no manipulation along the route. That is the entire objective of the activity, and it is for this reason that your activity today is so crucial “he stated.

Yu added, “This is a verification activity.”

“[Pointing to the transparency server screen], this number. We’re supposed to authenticate the ERs, and if there’s a mismatch, we’re expected to flag it. That is why we use a double-blind encoding method “he added.

The PPCRV’s phone center, according to Yu, is where they gather reports. The PPCRV documents the issue or concern first, then verifies it.

“We have to check the concerns because it’s difficult now because of fake news. We’ll forward the information to the appropriate coordinator and ask them to confirm the problem “Yu said.

According to him, the Comelec is referred to the worst cases submitted to them.

“So the obligation for repairing difficulties ay hindi po sa atin sa (is not on us) PPCRV, but with over 500,000 volunteers nationwide, we do our best to help,” Yu said.

DOST’s budget for 2022 will be cut, but eight connected agencies will be given raises.

The Department of Tourism and the National Bureau of Investigation will produce a list of rogue quarantine hotels.

The Department of Tourism (DOT) on Thursday requested a list […] 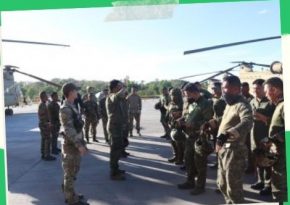 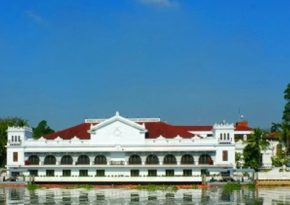