MANILA – Because of the country’s rising population, President Rodrigo Roa Duterte believes the government needs to extend its services.

Last week, he noted that his visit to the new Dr. Jose Fabella Memorial Hospital (DJFMH) in the San Lazaro Compound in Sta. Cruz, Manila, reminded him of the country’s population crisis, particularly among poor Filipino families.

Duterte reaffirmed his call for universal access to reproductive health products and services, but expressed disappointment that the Catholic Church continues to oppose contraception use.

“There are medications, but the Church condemns them,” he explained.

He urged Filipino couples to have no more than three children, blaming the country’s enormous population for poverty.

“Even for the children, after one or two, after one, two, three dapat border na (that should be the boundary),” he remarked.

According to latest government estimates, the Philippine population has surpassed 112 million.

According to the Department of Health (DOH), as of Wednesday, there were 3,328 active Covid-19 infections.

He claimed that wearing face masks, in particular, was crucial in preventing Covid-19 from spreading over the country.

Duterte congratulated front-line fighters and the general public for adhering to Covid-19 health and safety protocols.

“I continue to express my gratitude to our medical experts, scientists, and front-line responders for doing an outstanding job since the Covid-19 outbreak began. I also appreciate the Filipino people’s continued cooperation with health officials and adherence to health protocols,” he added.

The DOH had documented 109 new illnesses as of Wednesday, which is much less than the 168 cases per day average recorded the prior week from May 2 to 8.

WASHINGTON – “We own what we own.” Thus, Foreign Affairs […]

Robredo denies forming an affiliation with groups that use violence to advance their agenda.

For the 2022 elections, nearly 10.5 million voters have been ‘deactivated, removed.’

The Sandiganbayan has opened its doors to hearings and in-person filings.

MANILA, Philippines — In light of the improved coronavirus disease […] 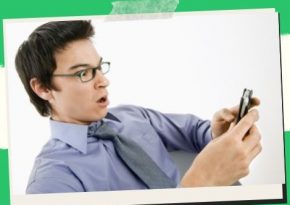