MANILA – The National Unity Party endorsed Martin Romualdez, the House Majority Leader, as Speaker of the House of Representatives for the upcoming 19th Congress on Thursday.

NUP spokesman Reginald Velasco said in a statement that the decision was made in honor of Romualdez’ “exemplary service” as majority leader of the current Congress, as well as his “proven capacity as a consensus builder” for the various political parties in the lower house.

“It was unanimously agreed to endorse Rep. Romualdez as the Speaker for the coming Congress after consultation with the NUP members of the House of Representatives,” Velasco added.

In the recently ended elections, NUP was one of the political parties accredited by the Commission on Elections as a major national political party.

NUP is expected to be one of the largest political parties in the 19th Congress, according to Velasco.

For his part, Romualdez stated that whether he will be the future Speaker will be largely determined by the decision of the House’s new members in the 19th Congress.

Romualdez, on the other hand, said he would be thrilled to get any support.

In a brief interview on Thursday, Romualdez stated, “We leave it to the discretion and sound judgment of the members of the House of Representatives.”

With 181,480 votes, the House majority leader was re-elected as the representative of Leyte’s 1st congressional district for a second term. In this year’s elections, he ran unchallenged.

From 2007 to 2016, he served Leyte’s first district for three consecutive three-year terms, then returned to the seat for a new term in 2019, succeeding his wife, Yedda Marie Romualdez, who is now a Tingog party-list representative.

Valles has been re-appointed as a member of the Vatican office by Pope Francis.

MANILA – After being reappointed to the Congregation for Divine […]

MANILA – The Commission on Higher Education (CHED) and York […] 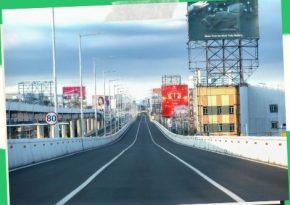 MANILA – An official from the Presidential Communications Operations Office […]