TACLOBAN CITY, Philippines – The Philippine Statistics Authority (PSA) 8 (Eastern Visayas) is ramping up its campaign for the Philippine Identification System (PhilSys), citing the failure of 784,142 residents in the region to show up at registration sites.

“Since PhilSys is a volunteer program, we’ve been holding caravans to raise public awareness about the significance of legitimate identity,” Perante explained.

As of May 28, around 3.24 million of the region’s more than four million citizens aged five and up had completed the two-step registration process.

Across the region, at least 621,685 printed ID cards have been delivered.

President Rodrigo Duterte signed Republic Act 11055, or the PhilSys Act, into law in August 2018, with the goal of creating a single national ID for all Filipinos and resident immigrants.

The national ID will serve as a valid evidence of identity that will make public and private transactions, school enrollment, and bank account opening easier.

It will also increase efficiency, particularly when interacting with government services since people will simply have to display their PhilID during transactions. 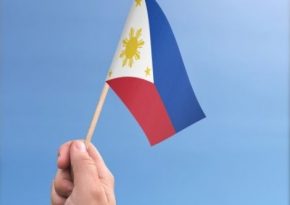 In two Leyte towns, a soil regeneration initiative is being expanded.

In the towns of Abuyog and Javier in Leyte, the […]

The province of Iloilo is launching a vaccination campaign aimed at senior folks.

CITY OF ILOILO – The provincial administration of Iloilo will […]

NegOcc Capitol is disinfected as guv, and 21 employees are infected with Covid-19.

After Governor Eugenio Jose Lacson and at least 21 staff […]

In NegOr, there are no longer any Comelec permits for local campaigning.