MANILA, Philippines — Expectations of more Federal Reserve rate hikes weighed on the local stock market, although the peso remained steady against the US currency.

The main index was followed by the majority of sectoral indices: Mining and Oil was 2.15 percent, Holding Firms was 1.61 percent, Industrial was 1.01 percent, Services was 0.71 percent, and Financials was 0.11 percent.

Only the Property index gained ground during the day, jumping 2.08 percent.

A total of 1.88 billion shares worth PHP5.94 billion were traded.

At 134 to 60, losers outnumbered gainers, with 47 shares remaining unchanged.

The initial public offering of renewable energy company RASLAG Corp, which completed the day’s trading up 2.5 percent to PHP2.05 per share, had the most impact on the local exchange, according to Limlingan.

“Given the rising demand for stable energy sources in the medium and long term, investors were open to the company’s expansion ambitions,” he said.

“In general, global pressures to make a hard shift to renewables to mitigate the effects of climate change are moving the spotlight to alternative energy sources – bode well for Raslag and its business model,” Limlingan added.

Other factors that influenced trade on the day were a spike in commodity prices in the international market due to a stronger US currency, he said.

The local currency, on the other hand, remained constant against the greenback at 52.86 from the previous trading session on June 3.

Volume fell from USD1.13 billion at the end of last week to USD1.08 billion this week.

The SEC has ordered three unlawful lenders to stop operating. 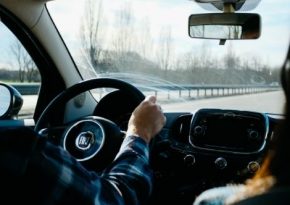 Some Details About Small And Large Engines

Everywhere you look, you’ll see motors. Large engines may be […]

TDF rates are variable, but demand is robust.

MANILA, Philippines — On Wednesday, the rate of the central […]

On Friday, investors were alarmed by an increase in coronavirus […]

MANILA – The Commission on Elections (Comelec) is prepared to […]