MANILA, Philippines — A police official said Monday that some 2,000 Metro Manila police officers will be deployed to secure President-elect Ferdinand “Bongbong” Marcos Jr.’s inauguration at the National Museum of the Philippines on June 30.

Lt. Gen. Vicente Danao Jr., the PNP officer in charge, stressed the importance of early preparations to anticipate all possible eventualities that could disrupt the peaceful and orderly inauguration of Marcos, according to De Leon.

“Our personnel from Regions 3 and 4 will solely be used to ensure that no movements, particularly left-leaning organizations, take advantage of this action,” de Leon added.

He added that the “no permit, no rally” strategy is being coordinated with the Manila City government and adjacent local government units (LGUs).

De Leon added that the same level of preparation is being made for Vice President-elect Sara Duterte’s inauguration in Davao City on June 19.

“We’ll probably just be around to supervise,” de Leon said, “but we won’t be supplying anything from traffic to information to the presence of our military.”

In the wake of the recent bombing attacks in Mindanao, he said they have yet to receive any reports of possible disruptions during Duterte-inauguration Carpio’s on June 19.

Medications and supplies have been allocated to the ‘Odette’-affected areas: DOH

Drugs, medicines, and other medical supplies worth more than PHP12.35 […]

The Department of Social Welfare and Development (DSWD) is preparing for the full devolution of services to local governments (LGUs).

MANILA, Philippines – Members of the House of Representatives lauded […] 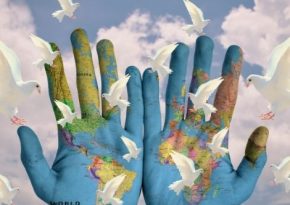 According to Secretary Carlito Galvez Jr., the Presidential Adviser on […]

Duterte has stated that he is preparing to leave the Palace.