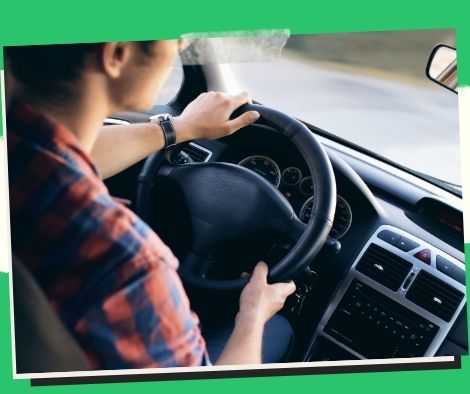 MANILA, Philippines — Anyone who can lead to the arrest of the sports utility vehicle (SUV) driver who ran down a security guard-traffic enforcer at the corner of Julia Vargas Avenue and Saint Francis Street in Mandaluyong City on Sunday afternoon will receive a PHP50,000 cash prize.

Senator-elect JV Ejercito announced the reward in a tweet on Monday after seeing the now-viral dashcam video.

“A P50,000 prize is being offered for any information about the nasty and idiotic driver who purposefully ran down a traffic officer. I was enraged when seeing the video!” Ejercito, a well-known road safety advocate, and motorbike aficionado, tweeted about it.

Christian Floralde was seen signaling vehicles, including the SUV, to halt at the crossing in the viral video, which was initially posted by Mike Angelo Ramos.

However, the SUV proceeded to move forward and collided with the enforcer, who fell to the ground.

Floralde was lying on the road when the SUV ran over him, much to the surprise of onlookers.

“What irritates me the most is how somebody could drive by without checking on the person. It reveals a lot about who we are as a culture “read Vincent Magabo Espina’s comment

“That was an act with the deliberate intention of killing the victim by intentionally beating him a second time to fatally harm his body and maybe cause him to die instantly,” said netizen Efros Cesista.

In his article, Ramos stated that he provided the real video file with other traffic cops so that they could use it as proof.

“Kuya (Brother) enforcer is currently being monitored, but he may have fractures in his ribs, according to reports (that were found). Please pray for him, na sana walang (hopefully there will be no) damage to his internal organs “he stated

Floralde is in a Mandaluyong hospital recovering.

Arceli Flores, his partner, stated in a television appearance on Monday that he is having trouble breathing due to injuries to his torso, that he is on oxygen, and that he has head wounds.

The Mandaluyong City Police Office has not yet revealed the driver’s identify as of this writing.

MANILA, Philippines — Following prior warnings about a “looming global […]

As the global food crisis looms, urban gardening is promoted.