MANILA, Philippines — On Friday, a congressman asked the Department of Labor and Employment (DOLE) to intervene in worker complaints about late payments and other labor law infractions under the Land Transportation Regulatory and Franchising Board (LTFRB) Service Contracting Program.

Rep. Joey Salceda of Albay filed the petition in response to reports that service contracting companies are “cheating their workers” out of salaries and benefits and retaliating against them for filing complaints.

In a letter to Labor Secretary Silvestre Bello III, Salceda stated that the workers have complained about not being paid on time and not being given adequate incentives for their work.

“I’ve urged Secretary Bello to intervene on the workers’ behalf.” “It appears to me that there are grounds for a probable labor law violation investigation,” Salceda said. “They further claim that some of them were retrenched as a result of their complaints.”

Salceda submitted a signed declaration from ES Consortium personnel at Mega Manila Consortium to the letter, indicating that they have not been paid in ten months and that no onboarding incentives have been given to drivers and conductors.

He believes that a functioning service contracting program is vital to the government’s efforts to manage inflation in the transportation sector.

“Workers’ trust and faith in the program are critical to ensuring that they participate and deliver their services satisfactorily. Salceda wrote Bello, “Your prompt intervention, in this case, is critical.”

“The situation appears to be hopeless. We’ll have a worse transportation problem if these workers don’t show up for work. Transportation is already the most significant source of inflation. “We don’t want the situation to worsen,” Salceda remarked.

From April 3 to May 30, the LTFRB reported that the “Libreng Sakay” (free ride) program and other services under the service-contracting program (SCP) served 81,444,168 people.

The program has since spread beyond the Epifanio de Los Santos Avenue (Edsa) Busway to various parts of the National Capital Region and beyond.

More routes and public utility vehicles (PUVs) are expected to join the SCP and its free ride program in other parts of the country, which will benefit riders.

PUV drivers and operators that participate in the SCP can earn extra money dependent on how many miles they travel per week.

The program intends to assist the transportation sector in the face of rising gasoline and other commodity prices. 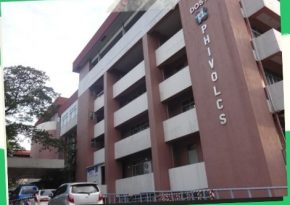 MANILA, Philippines — According to the Philippine Institute of Volcanology […]

TAGUM CITY, TAGUM — The Commission on Elections (Comelec) has […] 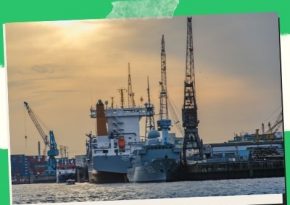 Doc Willie is in agreement with the adopted bet. Sara’s assistance from Castriciones

MANILA – Despite the latter openly supporting a rival bet, […]

Only one community in San Juan has active Covid-19 instances.

MANILA, Philippines — According to the city government, just one […]

The Comelec and the poll monitor will sign a partnership to promote voter education.

MANILA, Philippines — On Friday, the Commission on Elections (Comelec) […]