Zubiri has learned a lot, according to Sotto, and all of those lessons will give him “a very good pulse” to govern the Senate.

“Because of his extensive expertise, he was the greatest candidate for the members of the majority. I am confident in his abilities “In an interview, Sotto stated.

Sotto also has faith in Zubiri to settle the brewing feud over the chairmanship of the Blue Ribbon Committee.

According to Sotto, disputes in the Senate tend to settle on their own.

“The Senate is like a body of water. It tries to find its own level. I believe the issue will be resolved on its own “he stated

Returning Senator Allan Peter Cayetano, on the other hand, has stated that he will only join the majority if he is given the opportunity to lead the Blue Ribbon Committee.

On Cayetano’s request, Zubiri indicated he would need to with the majority first.

The Supreme Court has dismissed a rogue Tagaytay judge.

MANILA, Philippines — A Tagaytay City judge has been sacked […] 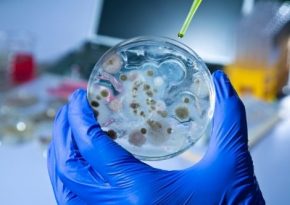 PH and the US have completed the P1.1-B initiative to combat agro diseases.

The Philippine and US governments have agreed to a five-year […]

The AZ vax interval has been decreased, but this will not affect the ‘no vax, no ride’ policy.

MANILA, Philippines — The Sugar Regulatory Administration (SRA), which is […]