MANILA, Philippines — The local stock index scarcely changed on Monday, ahead of the US vacation, but the peso sank more versus the US dollar, reaching the 54-level.

The majority of sectoral indexes fell during the day, including Property, which fell 1.16 percent, Mining, and Oil, which fell 0.99 percent, Services, which fell 0.67 percent, and Financials, which were down 0.07 percent.

At 108 to 81, decliners outnumbered advancers, with 52 shares remaining unchanged.

“Traders studied comments from Federal Reserve officials who repeated that the central bank had to do more to curb the highest inflation in 40 years,” he remarked last Friday.

This comes after the US consumer price index (CPI) increased to 8.6% in May, the highest level since 1981.

The durable goods report and speaking engagements of various Federal Reserve officials are among the factors for this week’s equities trading in the United States.

On the local front, Limlingan said the Bangko Sentral ng Pilipinas (BSP) policy rate setting on Thursday will be one of the triggers for trade this week.

Meanwhile, the local currency fell to a more than three-year low against the US dollar on Monday, closing at 54.065 from 53.75 the previous Friday.

The peso’s weakness was attributed by analysts and economists to fears of further raises in both the BSP and the Fed’s key rates due to increasing inflation.

Volume increased to USD1.02 billion, up from USD962.5 million at the conclusion of the previous week.

MANILA, Philippines — During an auction on Monday, the Bureau […]

In the midst of the Ukraine-Russia conflict, the BSP supports government fiscal actions. 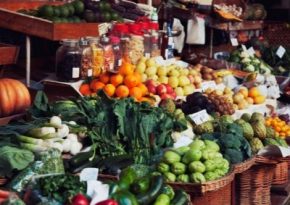