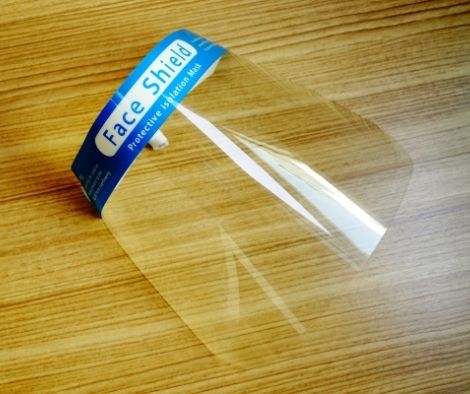 On Thursday, several members of the House of Representatives praised President Rodrigo Duterte’s new policy easing the government’s face shield requirement by allowing it to be worn exclusively in hospitals.

Rep. Alfredo Garbin of the Ako Bicol party-list said in a statement that the recent policy guidance is science-based, practical, and necessary because it relieves Filipinos who are in low-risk situations and environments, such as public areas both indoors and outdoors, and those who commute by bikes, scooters, private motor vehicles, and public transportation.

Garbin stated, “We are relieved and grateful for President Rodrigo Roa Duterte’s policy advice on the need of wearing face shields in hospitals and other medical institutions.” “We recognize President Duterte’s sensitivity to reason. He pays attention to legitimate, reasonable public outcry.”

People who want to use face shields may continue to do so, according to Garbin, since it is their personal safety choice and prerogative.

He expressed the expectation that non-compliance with basic health standards in government and commercial organizations would be addressed.

“Within the limits of data privacy rules and regulations, the DOH (Department of Health) must disclose the Covid positive test findings in all workplaces by explicitly serving notice on each workplace where they have positive results,” he added.

He said that the Department of Health must force businesses to halt operations for at least two days to undertake disinfection and sanitation procedures, as well as give enough support to their employees who test positive.

Rep. Jocelyn Tulfo of the ACT-CIS party-list praised President Duterte for listening to her and other public workers’ suggestions to relax the restrictions on the usage of face shields.

The Inter-Agency Task Force for the Management of Emerging Infectious Diseases (IATF) and the National Task Force (NTF) Against Covid-19, according to Tulfo, must constantly keep pragmatism and simplicity of compliance in mind.

“This is why I have been advocating for simpler regulations rather than the many rules that regular people and frontline implementors struggle to comprehend,” Tulfo added. “I once again urge the IATF to help reduce the plethora of guidelines and regulations so that public compliance improves, particularly among those who are permitted to leave their homes.”

President Duterte did state that face shields should only be used in hospitals, according to Presidential Spokesperson Harry Roque, who added that “what the President said became presidential policy.”

Roque made the comments after Senate President Vicente Sotto III claimed Duterte agreed that the public should only be compelled to wear a face shield while visiting hospitals in a tweet earlier Wednesday.

Sotto said the Philippines is the only nation in the world that requires the wearing of face shields in public places during a Senate Committee of the Whole hearing on Tuesday.

Earlier, Manila Mayor Francis “Isko Moreno” Domagoso urged the Inter-Agency Task Force for the Management of Emerging Infectious Diseases (IATF-EID) to abandon its policy requiring the use of face shields in all public areas “to reduce people’s expenditures and difficulties.”

IATF may file an appeal.

Roque, who is also the IATF-EID spokesman, said the task force may still appeal to Duterte to rethink his new stance on face shield usage.

“The IATF has made a recommendation to the President. And once the President has made his decision, that will be the policy. This is without prejudice to the possibility of an IATF appeal,” he added. “So, I believe the IATF’s next step will be to appeal what the President said.”

He added the IATF-EID will meet on Thursday afternoon to debate Duterte’s decision to allow civilians to use face shields only in hospitals.

“Let’s see what the IATF does next, if anything,” Roque added. “If the IATF want to appeal, I will personally raise this because, as it is, nagsalita ang Presidente (the President has already spoken).”

The IATF-EID may urge Duterte to keep mandating people to wear face shields in enclosed public areas, including as schools, workplaces, commercial establishments, public markets, public transportation and terminals, and places of worship, according to Roque.

According to research, wearing a face shield on top of a face mask provides “additional protection” against the coronavirus illness 2019 (Covid-19), according to molecular scientist Fr. Nicanor Austriaco, who spoke with Roque at a news conference.