The administrative fines imposed against Rappler, Inc. and Rappler Holdings Corp. (RHC), as well as the cancellation of their certificates of incorporation, were upheld by the Securities and Exchange Commission (SEC) on Tuesday night.

The most recent SEC ruling, which was approved by the commission’s four commissioners and signed by its chair Emilio B. Aquino, declared the Philippine Depository Receipts (PDRs) issued by Rappler and RHC to American company Omidyar Network (ON) as void because they, among other things, violated Section 71.2 of the Securities Regulation Code.

PDRs are a type of investment vehicle that let both domestic and international investors put money in a regional business.

On February 28, 2018, ON declared that it had given 14 Rappler managers access to its PDRs.

In the most recent SEC decision, it was stated that “the Commission finds that the Donation did not cure the violation by Rappler, Inc. and Rappler Holdings Corporation of Article XVI Section 11(1) of the Constitution and PD (Presidential Decree) No. 1018 and hereby AFFIRMS the administrative penalties imposed in the Decision dated 11 January 2018 declaring VOID the ON PDRs in accordance with Section 71.2 of the Securities Regulation Code and REVOKING

The Waiver was only issued while the Commission proceedings were ongoing, the court wrote, “clearly demonstrating that its execution was merely an afterthought, and made for no other purpose than to appear and convince the Commission (and the CA) that Omidyar will not exercise control over Rappler even if the same was granted in the ON PDRs.”

The fact that Omidyar specifically worked with Rappler and RHC to put Paragraph 12.2.2 in the ON PDRs to ensure that its investments and interests therein are safeguarded, the statement continued, “supports this.”

In order to safeguard the interests of the nation and prevent public opinion from being swayed by foreign investors, it was underlined that the Constitution required that any mass media entity be owned entirely by Filipinos.

Additionally, it stated that revoking Rappler and RHC’s certificates of incorporation would be in the public’s best interest and emphasized that the laws of the land and the Constitution must be upheld and cannot be ignored “to pursue economic interests.”

The SEC stated: “To rule otherwise would be to condone a blatant violation of the laws of the land, create a dangerous precedent, and worse, a “violate now, cure later” culture where mass media entities who violate the nationality restriction provisions of the Constitution are in effect given preferential treatment than those who have religiously complied with the same requirement.

Given that their Certificates of Incorporation are founded on contracts that are “invalid for being repugnant to the Constitution and the laws,” it was further stated that “no amount of effort can salvage the legal existence of Rappler and RHC.”

Rappler claimed in a statement released on Wednesday that their attorneys had informed them of the SEC decision.

The statement said, “We are entitled to challenge this ruling and will do so, especially given how irregular the processes were.

The government’s growth target for 2022 has been decreased by […] 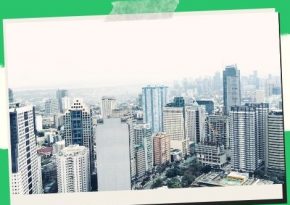 Businesses in Ortigas Center have put up ‘Twin Xmas Trees.’

As individuals grapple with the uncertainty posed by the Covid-19 […] 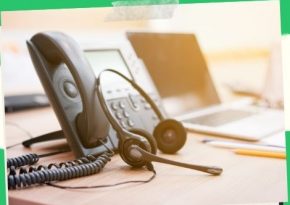 Revenues in the IT-BPM business have surpassed the recalculated objective.

To reduce pandemic-related debt, the Philippine economy must grow at a rate of 6%.

MANILA, Philippines — For the government to reduce debt accumulated […]

Support for startups was intended to aid in the rehabilitation of the economy.

MANILA, Philippines — According to Katrina Chan, co-founder of QBO […]

The public issue of fixed-rate bonds by Megawide Construction Corporation […]