Several changes made by the Bureau of Customs (BOC) under his direction, according to Commissioner Rey Leonardo Guerrero, have improved the agency’s efficiency in collecting revenue and effectively supported the Duterte administration’s ongoing efforts to stop agricultural smuggling.

82 percent of the 170 processes in the BOC were automated as part of these reforms, among other things, to lessen human participation that presents the potential for corruption.

Guerrero emphasized the BOC’s successes under his leadership while forcefully refuting false claims that he was involved in the smuggling of agricultural products.

The enhanced inter-agency cooperation and data exchange of pertinent information and papers, including the Inward Foreign Manifest, among others, are among the recommendations carried out by the BOC, he added.

“I absolutely refute the allegations that I was involved in agricultural smuggling on the basis of a purported “verified” list. In a statement made available to the media, Guerrero said that law enforcement organizations like the National Intelligence Coordinating Agency, the Armed Forces of the Philippines, and the Philippine National Police had all denied the release or submission of any intelligence report from their respective organizations that allegedly implicated any BOC official in any smuggling activity.

Guerrero claimed that as part of its anti-smuggling efforts, the BOC permitted Department of Agriculture (DA) representatives to participate in the non-intrusive inspection of containers in order to guarantee complete openness in the review of agricultural products.

He continued by saying that the BOC has offered to deputize its staff for enforcement actions.

“We vehemently condemn the importation of agricultural items under false pretenses. Guerrero stated that the BOC “remains dedicated to its responsibility of protecting the nation’s borders from the arrival of contraband agricultural products and other illicit goods.”

In addition, he added, 199 new law enforcement employees were hired, and 40 of them received promotions since last year.

“We also set up the Customs Operations Center (COC), which acts as a fusion center to combine and examine operational, enforcement, and intelligence data gathered from multiple sources. By analyzing all information promptly and ultimately discouraging any potential violations, the COC demonstrates its effectiveness in securing the borders, according to Guerrero.

According to Guerrero, the BOC’s intelligence and enforcement agents receive ongoing training in respect to their technical ability to ascertain the nature, specifications, and types of agricultural commodities.

With these safeguards in place, we were able to capture agricultural items worth PHP2.5 billion worth of smuggling in different ports across the country from 2016 to May 2022, and 111 criminal charges have been filed against unscrupulous stakeholders with the Department of Justice. Additionally, since 2019, the accreditation of 84 importers and customs brokers involved in agricultural smuggling has been canceled, the official added. 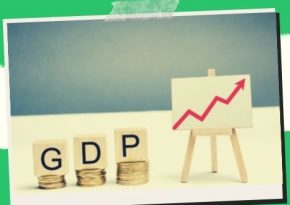 Domestic GDP is anticipated to continue positive in the third […]

The Department of Budget and Management (DBM) has released P3 billion for fuel subsidies and discount schemes.

Following the Philippines’ one-notch drop in the Global Innovation Index […]

As investors anticipate the OPEC (Organization of the Petroleum Exporting […] 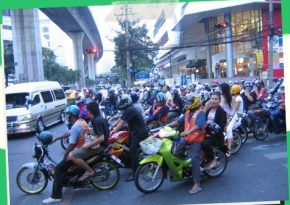 The DTI has a roster of over 16K delivery riders that are eligible for a fuel subsidy. 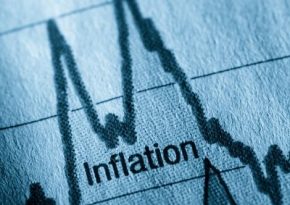 Returning to the workplace to increase absorption of the office market

MANILA, Philippines — The Philippine office market is predicted to […]