The Philippines’ president, Ferdinand “Bongbong” Marcos Jr., has worked to elevate relations between his country and China.

On Thursday, Marcos made the promise while speaking with Wang Qishan, the vice president of China, at the National Museum of Fine Arts in Manila.

According to a statement made by the Chinese government-run Xinhua News Agency, Marcos regarded China as the Philippines’ “most powerful partner.”

According to Marcos, the “good-neighborly friendship” between the Philippines and China serves the fundamental interests of both peoples.

According to Marcos, who was quoted by Xinhua, “the new Philippine government attaches the greatest importance to relations with China and is willing to deepen its participation in the joint construction of the Belt and Road, work with China to address regional challenges, and elevate the bilateral ties to a higher level.”

Wang also informed Marcos that he and his family had contributed greatly to strengthening the ties between China and the Philippines.

China’s desire to cooperate with the Philippines under Marcos’ leadership was also voiced by him.

“The Chinese side has always given the Philippines priority in its neighborhood diplomacy,” Wang stated. “The Chinese side is ready to work with the new Philippine government in carrying on their friendship, boosting mutual trust, and deepening cooperation so as to usher in a new ‘golden age’ in bilateral relations.”

Wang emphasized the necessity for the parties to “fully address issues and cooperatively maintain peace and serenity” in the disputed waters when it came to the South China Sea disputes between the two nations.

Additionally, he stated that the two nations should respect international equity and justice and work together to advance both peace and development in Asia and the welfare of humanity.

According to the statement, “the vice president of China stressed that both sides should further their bilateral relations under the direction of the two heads of state, who would guide the development of bilateral ties.”

In his congratulations, Xi promised to maintain the positive ties with the Philippines established under the Marcos presidency.

According to Xinhua, “Xi said he is ready to work with Marcos to chart the course for the growth of bilateral relations from a strategic and long-term respective, and continue to write a great chapter of the China-Philippines friendship and cooperation for the new era, for the benefit of the two countries and their people.”

A little video of Wang paying Marcos a courtesy call was made public by Radio Television Malacanang.

The meeting between Marcos and Wang, one of the foreign dignitaries that attended the former’s inauguration as the 17th president of the Philippines, is still unknown according to Malacanang.

Along with Wang, other guests who paid a visit to Marcos at the National Museum of Fine Arts included the deputy prime minister of Thailand, Don Pramudwinai, the foreign minister of Japan, Yoshimasa Hayashi, the governor-general of Australia, David Hurley, and the second gentleman of the United States, Douglas Craig Emhoff.

In PH, no more granular lockdown has been reported: DILG

MANILA, Philippines — There are no more documented granular lockdown […] 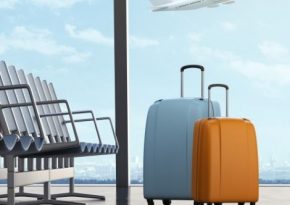 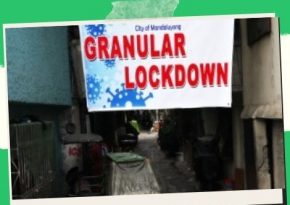 MANILA, Philippines – Chief of Staff of the Armed Forces […] 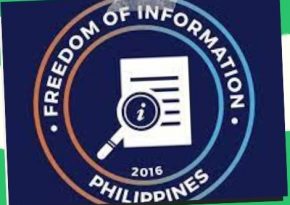 MANILA, Philippines — After the Commission on Elections (Comelec) stated […]