Despite the fact that T-bill rates increased on Monday, the auction completely awarded all tenors.

All tenors were available from the Bureau of the Treasury (BTr) for PHP5 billion each.

According to De Leon, the market “is seeing BSP delivering (a) harsher rate punch to quell inflation” because the rate of price increases is anticipated to accelerate further.

But she added that the most recent T-bill pricing is “aligned with secondary markets.”

She continued, “There have already been repricing as secondary levels demonstrate (it is) following direction from BSP Governor on inflation path.

The Monetary Board (MB), which sets policy for BSP, raised the central bank’s benchmark interest rates by a total of 50 basis points between May and June of last year, 25 basis points each time, after noting that the ongoing domestic economic recovery gives the central bank flexibility to raise its key rates to help combat rising inflation.

The domestic inflation rate increased to 4.9 percent in April of last year and then increased to 5.4 percent the following month, exceeding the government’s goal range of 2-4 percent.

The average inflation rate up to this point was 4.1 percent.

Stocks continue to fall, as the peso gains.

MANILA, Philippines — On Wednesday, concerns over the rising number […]

The World Bank cut its global economic growth prediction for […]

On Thursday, the European Central Bank will decide on its […] 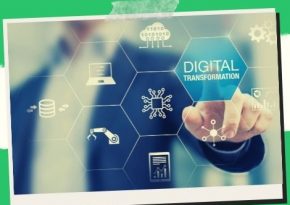 Local fintech will benefit from a mentorship program run by a digital firm.

The local stock index and the peso, which fell to […]

Benjamin Diokno, secretary of the Department of Finance (DOF), dismisses […]