Following an unexpected examination of the rail line on Monday, Transportation Secretary Jaime Bautista has offered suggestions for further enhancing the MRT-3’s services.

The Department of Transportation (DOTr) claimed in a Facebook post on Tuesday that Bautista talked with passengers from GMA Kamuning Station to Taft Avenue Station while riding incognito and without his customary retinue.

In addition to touring the MRT-3, it was said that Bautista was able to “experience first-hand” how to use a mass transit system for transportation.

Passengers informed Bautista that they would continue to use the MRT-3 despite the decision to terminate the free-riding program, stating that the inconvenience of long lines was made up for by a “quick and comfortable journey.”

The DOTr reports that Bautista shared his observations and recommendations for improvement during President Ferdinand “Bongbong” Marcos Jr.’s first Cabinet meeting on Tuesday at Malacanang.

It stated that Ofelia Astrera, OIC-General Manager of MRT-3, and Cesar Chavez, Undersecretary for Rails, both received copies of Bautista’s observations and recommendations.

The need for additional platforms waiting for chairs for senior citizens, people with impairments, and pregnant women, accessibility of consumer welfare desks for all passengers, and more X-ray equipment are just a few of Bautista’s findings.

Additionally, he mentioned the necessity for emergency medical technicians at every station, the promotion of stored value tickets rather than single journey tickets to shorten lineups, and improvements to onboard announcements.

The date of the Manila clergy’s ‘penitential walk’ for voters has been fixed for February 17th.

MANILA, Philippines — On Thursday, clergy from the Archdiocese of […] 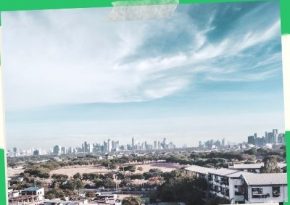 In order to restore normalcy to the situation in Sri […]

Bahrain will provide 240K Covid-19 vaccine vax to the Philippines.

On Friday, a representative of the National Task Force (NTF) […]