As the number of dengue cases approached 3,000 as of Friday, Mayor John Dalipe instructed the City Health Office (CHO) to use all available resources to stop the disease’s spread.

Dalipe claimed that with 2,971 instances since January and 20 fatalities, the city is still in “outbreak condition.”

During the ongoing rainy season, Dalipe urged the locals to assist the city government’s effort against dengue in their particular neighborhoods.

The “4S” strategy against dengue includes “Search and Destroy” mosquito breeding grounds, “Secure Self Protection” from mosquito bites, “Seek Early Consultation” when dengue symptoms appear, and “Say Yes to Fogging” as a last resort in areas with a high dengue incidence, was strongly recommended by Dalipe to the residents.

According to the mayor, maintaining cleanliness is still the primary method of preventing infections like dengue.

To stop the spread of the disease, CHO claimed it had increased huge misting operations in locations where many dengue cases have been reported.

Aedes aegypti, the mosquito that transmits dengue, breeds in places with stagnant bodies of water, where larvicide is released in addition to misting operations.

Soccsksargen’s minimum wage is being reviewed by a panel.

CITY OF GENERAL SANTOS – The Regional Tripartite Wages and […]

The Department of Health (DOH) has identified the first two cases of the Omicron variant.

MSMEs need ICT interventions due to the pandemic, according to DTI.

Some entrepreneurs from micro, small, and medium-sized businesses (MSMEs) have […]

A House panel has approved the continuation of Covid-19 benefits for health care workers.

The House Committee on Health passed numerous proposals in principle […]

The de-escalation of the NCR to Alert Level 2 is ‘too early,’ according to the Department of Health.

On Saturday, the Department of Health (DOH) warned it was […] 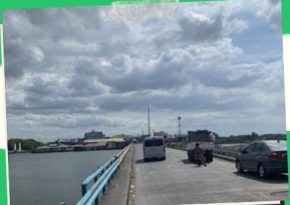 The Department of Public Works and Highways (DPWH) will replace an outdated bridge in Bulacan.