The majority of sectoral indexes followed the main index, with Mining and Oil rising 2.55 percent as the leader.

After falling 1.56 percent, the Financials index was the only one to lose during the day.

At 99 to 77, movers outnumbered laggards while 51 shares remained the same.

According to Luis Limlingan, head of sales for Regina Capital Development Corporation (RCDC), “Investors returned to the Philippine market after the US fell late in the trading session, dragged by a Bloomberg report stating that Apple would slow hiring and spending on growth next year to prepare for a potential economic slowdown.”

The US national home market index, which dropped 12 points to 55, the lowest level since the pandemic began, had an impact on sentiment, according to Limlingan.

The peso increased once again versus the US dollar and ended the day at 56.255 as opposed to 56.35 on Monday.

Volume increased from USD561.75 million in the previous session to USD663.05 million this session.

PH would use an $80-million loan from WB to rehabilitate ‘Odette’-affected areas.

The Department of Finance (DOF) will use USD80 million (about […]

Stocks in the Philippines and the peso are falling ahead of the Fed meeting.

MANILA, Philippines — On Monday, the local stock index and […]

Gains are predicted for the week’s stocks opening and peso.

Due partly to good economic news from the United States, […] 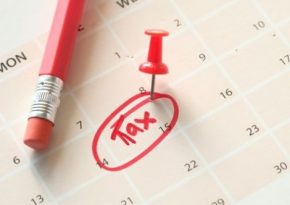 Authorities have yet to identify income leakages from social media […]

Stocks fall as Fitch downgrades the Philippines’ forecast; the peso reaches a new low of 49 pesos.

The local major stocks index dropped on Tuesday, owing in […]