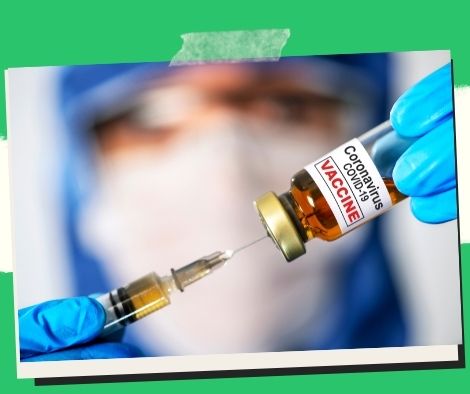 As of July 16, according to data from the Provincial Health Office (PHO), 1.385 million individuals in the province of Negros Occidental had received the full dose of the coronavirus disease 2019 (Covid-19) vaccine.

The amount equals 66.04 percent of the Department of Health’s target of 2.098 million vaccine recipients, or 80 percent of the 2.62 million residents of the province.

Provincial Administrator Rayfrando Diaz II stated that the province could only do so much to persuade its citizens to get their own Covid-19 vaccinations.

“Even so, we vaccinate everybody who requests it and is eligible. You cannot force vaccination on people who don’t want to receive it, he told reporters.

When it comes to economic and social activity, it’s their loss. Due of their immunization status, they will continue to be in Alert Level 2.” he added.

Approximately 1.497 million Negrenses, or 71.37 percent of the target population, have received the Covid-19 vaccine’s first dose.

Only 13 of Negros Occidental’s 32 cities and municipalities, including the capital city, are now listed as being on Alert Level 1, the lowest category in the nation’s Covid-19 alert level system.

These include the municipalities of E.B. Magalona, Pulupandan, San Enrique, Candoni, Pontevedra, Valladolid, and Ilog as well as the cities of Sagay, Victorias, La Carlota, Cadiz, and Talisay.

More than 70% of the target population has already received the entire course of vaccinations from all these LGUs and Murcia Town.

The cities of Bago, Silay, Escalante, Himamaylan, and La Castellana are among the five LGUs where between 60 and 70 percent of citizens have received all recommended vaccinations.

LEGAZPI CITY, PHILIPPINES – As part of the country’s post-pandemic […]

BUTUAN CITY, PHILIPPINES – The Department of Agriculture in Caraga […]

The number of ‘Odette’-affected families has surpassed 2.5 million, according to the NDRRMC.

The Department of Labor (DOLE) is supporting a livelihood project in Antique.

In the Municipality of San Remigio, eighteen beneficiaries, principally farmers […]

The total number of recoveries for PH Covid-19 is 468.