According to a Kyodo News study released on Thursday, 42 percent of big Japanese corporations anticipate a slowdown in the economy during the upcoming year, up from just 5 percent from the previous year, as they struggle to deal with rising commodity prices and the depreciating yen.

Japanese blue chips, up from 12 percent at the start of the year, are growing more pessimistic about the country’s economic prospects, according to a study of 114 businesses that included Toyota Motor Corp. and SoftBank Group Corp.

As worries impacted expectations for a slow recovery from the coronavirus disease 2019 (Covid-19) epidemic, the percentage of people who believe Japan’s economy will expand fell to 55% from 90% one year ago and 84 percent earlier this year.

With the option of several responses, 83 percent of those who anticipated a slowdown in the economy highlighted the negative consequences of rising commodity prices, while 58 percent anticipated sluggish growth or a fall in consumer expenditure.

56 percent of respondents said that the economy would suffer as a result of the yen’s depreciation against the US dollar and other important currencies.

As nations work to restart their economies, increased global demand has driven crude oil and commodities prices to record highs, and Russia’s invasion of Ukraine has made supply chain bottlenecks much worse.

In addition, the Japanese yen has been falling precipitously versus the US dollar recently, reaching a new 24-year high in the 139-area last month due to divergent monetary policies between Japan and the US.

While the Bank of Japan has maintained an ultra-accommodative monetary policy, the US Federal Reserve has pushed for rapid rate hikes as it faces 40-year high inflation and the threat of a recession.

Leading companies in each industry participated in the Kyodo study, which was conducted from mid- to late July. It revealed that 32% of them anticipate flat economic growth, while 10% predict a moderate contraction.

2 percent of the surveyed enterprises anticipate solid growth, while 53% anticipate moderate growth. No one anticipated a recession to hit the economy.

Among those who forecast an increase, 77 percent estimate that the coronavirus pandemic will end, while 85 percent predict that personal consumption will rebound.

Despite claims from some businesses that the BOJ’s aggressive defense of its ultra-accommodative monetary policy has weakened the yen and increased import prices, 37% of respondents said it must be maintained.

30% of respondents stated they prefer the dollar to trade between 110 and 120 yen.

The poll also revealed that 39% of the businesses thought the coronavirus should be treated similarly to the common cold.

Even while the government has been urged to expedite its consideration of measures against the disease, despite the fact that daily Covid-19 infection rates in Japan have been reaching record highs in recent weeks, no limits on people’s freedom of movement have been put in place.

When asked how to best handle a future electricity shortage, it was discovered that more than half agreed that power savings were necessary, followed by increased use of solar and wind energy, and 39 percent agreed that restarting nuclear reactors was the best course of action. 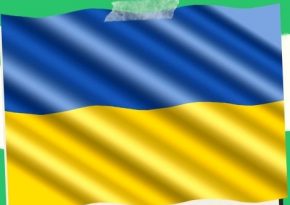 Journalists in Ukraine are paying a hefty price for reporting on Russia’s conflict in the country.

ANKARA, Turkey — Local journalists and members of the press […] 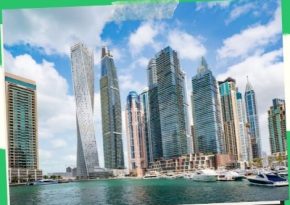