The Intellectual Property Office of the Philippines (IPOPHL) is seeking the support of local government units (LGUs) in Mindanao for its campaign against counterfeit brands.

During the Wednesday leg of the agency’s information campaign, IPOPHL Deputy Director General Teodoro Pascua stated that one of the goals of the National Committee on Intellectual Property Rights (NCIPR) is the elimination of counterfeit goods sold in commercial establishments by 2025.

“We require the participation of local governments because they are the ones who disseminate the campaign on the ground,” Pascua explained.

However, Pascua lamented that the public’s patronage of counterfeit brands is another reason for their proliferation.

In 2021 alone, he estimated that the rise of online stores contributed to the PHP23.9 billion in sales of counterfeit goods in the country.

Infringements of intellectual property rights also include the streaming of films, music, and other media from “pirated” websites and the unauthorized downloading of such media.

The law likely prohibits the photocopying of books and even the downloading of unauthorized soft copy formats. 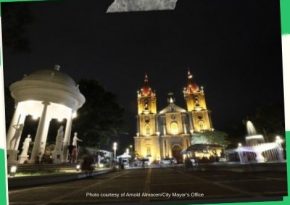 The local city administration anticipates a PHP300 million decrease in […]