According to a study, a nuclear conflict between the United States and Russia would result in the hunger deaths of over 5 billion people.

According to a study, a nuclear conflict between the United States and Russia would result in the hunger deaths of over 5 billion people.

For those who are in the direct line of fire of the weapons, nuclear war would have an immediate and catastrophic cost. However, a recent analysis demonstrates how terrible this war would be overall.

The study, which was released in Nature Food on Monday at https://www.nature.com/articles/s43016-022-00573-0#Sec5, claims that a nuclear explosion would result in a global famine because huge volumes of smoke would obstruct sunlight, mess with the climate, and reduce food output.

The authors declared that it “would be a global catastrophe for food security.”

Researchers discovered that even a relatively minor nuclear war, like one between Pakistan and India, would be catastrophic. A week-long nuclear conflict with 100 weapons would result in the direct deaths of 27 million people and the release of 5 Tg, or nearly 11 billion pounds, of soot. According to the study, if global trade were to cease after two years and the temperature dropped by 34.7oF, the resulting famine would kill 255 million people, assuming the rest of the population received the bare minimum of food—roughly 1,999 calories per person per day.

According to the study, the largest scenario under consideration—a week-long conflict involving 4,400 weapons and 150 Tg, or 330.6 billion pounds of soot—would result in the deaths of 360 million people directly and more than 5 billion people from starvation. This conflict would involve the U.S., its allies, and Russia. The soot’s density would result in a more than 58°F drop in global temperatures.

Researchers noted in their report that while the effects of soot injection into the stratosphere from using fewer nuclear weapons will be less severe globally, it may be challenging to control the spread of a nuclear conflict after it has begun.

Researchers discovered that the climatic effects of soot from nuclear war would peak in the first few years but last for nearly a decade using climate, agriculture, and fishery models.

The study concluded that just three to four years after a nuclear war, in the worst-case scenario, when 150 Tg of soot is released, the world’s average calorie production from crops will fall by nearly 90%.

According to the study, “the changes would cause catastrophic disruption of the world’s food markets as even a 7% global yield decline relative to the control simulation would exceed the largest anomaly ever recorded since the start of the Food and Agricultural Organization (FAO) observational records in 1961.

It would be “very bad,” said lead author Lili Xia, a climate scientist at Rutgers University, in a statement to Nature.

They predicted that “a sizable portion of the population will be famished.”

The analysis of several possibilities led to the conclusions. The experts pondered if people would stop raising livestock or switch to using any residual crops to sustain themselves. Additionally, they believed that food waste would be kept to a minimum, biofuel crops would be repurposed for human consumption, and that commerce in food would cease as countries competed to save their own.

However, not every country in the world would experience the same outcome in the scenarios examined. Researchers discovered that the Middle East, portions of Central America, and sections of Asia would experience some food deprivation to starvation under the smallest nuclear war scenario assessed, while the majority of the rest of the world would continue to have normal food consumption.

Every nation would starve in the worst-case scenario, with the exception of Australia, Argentina, Uruguay, Oman, Brazil, Paraguay, and a select few others.

When I first showed my son the map, his initial response was, “Let’s relocate to Australia,” Xia recalled.

According to a survey done by CBS News earlier this year, 70% of adults are concerned that Russia’s invasion of Ukraine could lead to a nuclear exchange. These findings were made public after the foreign minister of Russia warned that the possibility of nuclear war “should not be underestimated.”

All year long, that anxiety has only grown. Iran claimed to have the technical ability to create a nuclear bomb in July, although claiming that it hasn’t done so. Kim Jong Un, the leader of North Korea, also declared that he would utilize nuclear weapons in any future military battles with the United States and South Korea.

Despite the fact that nuclear weapons haven’t been used in combat since 1945, the US and Russia currently have more than 1,500 deployed and ready to use nuclear weapons.

According to history and professor Alex Wellerstein at Stevens Institute of Technology, such involvement is not in the enemies of the United States’ best interests.

But that should still be a concern, he added.

Future issues are developing, he declared. “I promise it.”

As the possibility of war with Russia loomed over the […]

The WHO Regional Office for Europe warned people to be […] 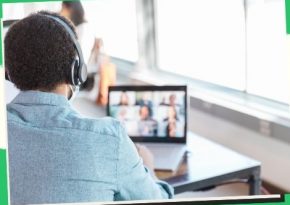 In collaboration with Emirate News Agency (WAM) and the Abu […]