Angara announced on Saturday that he had submitted a measure that would extend the School-Based Feeding Program’s (SBFP) reach to kids in secondary schools in order to further combat undernutrition among the nation’s students.

His measure will expand the SBFP to cover students in junior and senior high school or grades 7 through 12.

Every learner who is eligible for the SBFP receives at least one fortified meal every 120 days throughout the year.

“We included junior and senior high school kids in the SBFP because they too are impacted by food scarcity, which hinders their ability to learn,” Angara added.

He referenced World Bank data stating that the frequency of undernutrition in the Philippines has barely changed over the past 30 years.

According to the article, hunger-related school dropouts among Filipino children have a negative impact on their education.

Angara stated that this problem should be resolved right away in order to remove barriers to children’s growth because inadequate nourishment is still a concern for many school-aged youngsters.

“Studies have repeatedly proven a link between hunger and students’ capacity for learning. We must continually look for ways to give them sufficient nutrition at all stages of development because this is on top of the persistent problem of stunting among Filipino children, Angara said.

Children who arrive at school hungry are unavoidably at a disadvantage compared to their well-fed peers. We are all aware of how difficult it is to function while hungry, and pupils are no different when it comes to learning while famished, he continued.

RA 11037, which former President Rodrigo Duterte signed into law in 2018, intends to combat undernutrition among students in public schools.

Delfin Lorenzana of the Department of National Defense (DND) stated […] 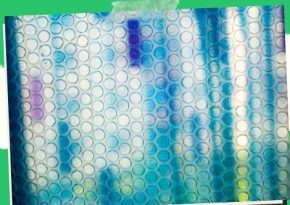 According to Makati City Rep. Luis Campos Jr., the pandemic-driven […]